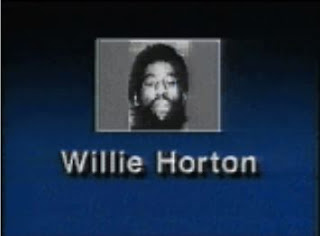 The short answer to my question is, They don't, at least not per se. Allow me to explain. First, though, I need to admit the seemingly overwhelming evidence to the contrary.

Admittedly, we have just endured a campaign in which one of John McCain's favorite arguments was to yell Bill Ayers! Bill Ayers! Bill Ayers! Another was to holler Reverend Wright! Reverent Wright! Reverend Wright! None of his arguments had anything to do with the current recession/depression, the financial system, counter-cyclical government policies, inflation and deflation, or the regulatory system. While the rest of the world was screaming about these things, he screamed about Ayers. Ayers was a legitimate issue back in May, when Hillary Clinton raised it, but surely not during a time of serious national crisis.

I think I know what McCain was thinking: Talking about the economy at all would, by an association of ideas in the minds of the stupid voters, link McCain with the unpopular incumbent and cost him votes. So the sensible thing to do is, not to discuss the causes and cures of the present crisis, but to distract attention from it by trying to demonize your opponent.

McCain may have done something that H. L. Mencken famously said you cannot do: go broke by underestimating the intelligence of the American people.

So why am I denying that this is something that Republicans consistently do? Well, think further back. Ronald Reagan was a Republican. So was Barry Goldwater. Did they campaign this way? Of course not. And it is pretty obvious what they had in common and what McCain and the Bushes have in common. Reagan and Goldwater were ideological candidates, while McCain and the Bushes are non-ideological moderates.

As I have pointed out before, in the political realm, "moderate" does not mean "non-extreme." It means that your positions do not derive from a coherent principle or theory, but are cobbled together from an inconsistent set of principles put forward by various different, clashing ideologies.

An ideological candidate has a definite message to get across and will be eager to talk about the message. Moderates don't have that. This creates problems for them. Of course, there are many possible solutions, but if they are running against an ideological candidate, one very tempting one will be to scream about how scary the opponent's ideology is.

So the people who strongly tend to run these reprehensibly stupid and nasty campaigns are not the Republicans per se but non-ideological, moderate Republicans. On the other hand, as anyone old enough to remember 1964 knows, ideological Republicans are sometimes the victims of such fear-mongering campaigns.
Posted by Lester Hunt at 12:45 PM