They Killed Him and "Kept Shopping"

It was a 5:00 am sale on Black Friday at a Wall-Mart in Nassau County on Long Island. Thousands of eager shoppers were lined up outside. According to AP, when a store employee tried to open the doors and let them in, they broke through the doors, knocked him down, and trampled him to death. He was stepped on dozens of times.

The witnesses in this video seem to attribute this bizarre action to greed, but that can't be the whole explanation. People who kill for greed are criminals, and these people are not criminals.* Everyone who knows Gustave Le Bon's classic book, The Crowd will immediately think of another explanation. This is a classic case of crowd psychology. Le Bon says:

The most striking peculiarity presented by a psychological crowd is the following: Whoever be the individuals that compose it, ... the fact that they have been transformed into a crowd puts them in possession of a sort of collective mind which makes them feel, think, and act in a manner quite different from that in which each individual of them would feel, think, and act were he in a state of isolation. ... The psychological crowd is a provisional being formed of heterogeneous elements, which for a moment are combined, exactly as the cells which constitute a living body form by their reunion a new being which displays characteristics very different from those possessed by each of the cells singly.

Le Bon held that people in crowds do things that they would never be capable of when acting alone. And he did not mean that in a nice way. "In crowds it is stupidity and not mother-wit that is accumulated." 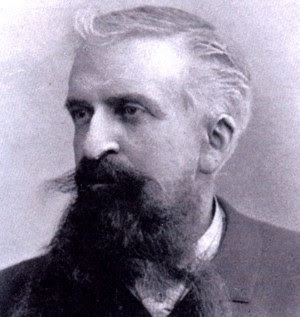 The difference between crowd behavior and individual behavior is of course that in crowds individuals interact, resulting in a whole that is not a mere sum or average of parts. This interaction, he held, is conditioned three principal factors: people in crowds feel powerful and hence unconstrained, they fall into a state of heightened suggestibility, and this results in emotional contagion. Basically, they make each other stupid and drive each other mad.

I would add another factor, at least as obvious as these: the dissolution of responsibility. Individuals in crowds do not feel responsible for what they do, a factor that makes crowds a powerful conscience-solvent, a sort of moral sulfuric acid. When the horrified Wall-Mart management announced that they were closing the store for several hours, many of these shoppers, according to the AP story, "kept shopping." Some angrily complained, shouting that they had been waiting in line since Thanksgiving Day. It's pretty obvious that though they had just participated in a collective act of homicide, they did not feel that they had done anything.

Though people can act as groups they only seem to be able to think of themselves as individuals, so a mob is a way of doing something and yet not doing it.

Apart from Le Bon and your explanations, it is impossible to understand crowd pyschology. I mean, it's not hard to imagine how someone could get knocked over by a crowd surging forward, but I'd like to think that if I stepped on someone inadvertently, I'd be like, "Oh, s---, man; sorry!", that I'd stop moving, yell, "Man down!" or something, and try to help the poor bastard to his feet. But, it appears that in groups, people can walk over "ground" that should strike them as too lumpy and soft to be floor, and not think anything of it, never stop to look down.

They don't need Al Quaeda,
they have Wal Mart!

Sadly the guy lost his life because he was thinking differently from the crowd. If he would have turned his back and run into the store with the crowd he would probably be alive.

The econmists are hopeful that the shoppers will shop and run up higher personal debt so the retail industry and economy can have a better outlook.

I'd like to think that at least the first couple of people said, "Excuse me." or something. The people behind wouldn't have realised that they'd stepped on something squishy 'til it was too late.

This is an interesting article on team-buying (tuangou). The desired end-result is similar to a Black Friday sale, but the mob is organised on a different model.

Pappy, That article looks interesting, but it appears to require a paid subscription to access the whole thing.

I don't subscribe to either but I was tickled by the idea of consumers descending on a retailer en masse & haggling a 30% group discount. Public relations & the massification of buyers has led to the idea that haggling is vulgar/impossible.