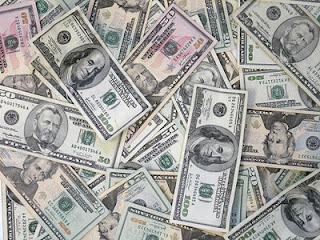 As Obama gets closer and closer to implementing his seriously dumb idea of sending yet another round of "stimulus" checks to the consumers of America (didn't he notice that the first round, the one initiated by Bush, was a spectacular flop?) I am trying hard to figure out what he (and apparently almost everyone else) is thinking.

I suspect that one of the elements of the mind set involved here is a certain view of human emotions, a view that I believe is philosophically flawed and perhaps morally objectionable as well.

In a recent column, Paul Krugman gave voice to one of the underlying ideas:

The point is that if consumers cut their spending, and nothing else takes the place of that spending, the economy will slide into a recession, reducing everyone's income. In fact, consumers' income may actually fall more than their spending, so that their attempt to save more backfires -- a possibility known as the paradox of thrift.

Interpreted in a certain way, this is obviously true. But it is true of any part of the economy, not just consumer spending. If some extra-planetary force caused all of the factory machines to work more slowly, it would be bad for everybody. If, for no good reason, all the banks in the country were to loan less money, the same would be true. Ditto if the consumers cut spending, not for some good reason, but only because some Evil Genius made them spend less.

But suppose that they spent less for a reason. For instance, what if they had actual evidence that certain bad things will happen in the future, things that will require money reserves to deal with them. Then they ought to spend less. And the rational thing to expect at present is that in the long run this will not be bad for the economy at all, but good for it. They will spend the money in the future after all -- that is the point of their not-spending it now. (This not-spending is called saving.) And the evidence they have indicates the future spending will produce more value than present spending. And producing value is what economies are supposed to do.

Maybe what Krugman and many, many others are assuming is that this is not what is going on here. Consumers are spending less because they have "the jitters," they have "lost confidence" and (this is crucial) they are not responding to real-world evidence that is economically relevant in the way that the consumers in the above example are responding. These theorists and policy-makers are looking at these consumer emotions as exogenous factors, ones that come from outside the system of rational economic agents. You are having these feelings for no good reason, and what you need is a check for $1,000 to calm your jitters and boost your confidence.

The idea is that human emotions (at least the emotions of the average person) are fundamentally irrational. Indeed, the stimulus strategy itself would only work if the consumer is irrational. It would be profoundly irrational to change your feelings about the future of the economy because you got a one-shot income-boost of $1,000 from the government. A rational person would experience some pleasant emotions as they spend/save/invest the $1,000, but their feelings will return to whatever they were before, after the money is disposed of. Normal human emotions are like that: they evaporate quickly when the facts that prompted them change.

The stimulus strategy seems to assume that people do not function this way at all. They are basically insane, but insane in a way that can easily be manipulated by the masterminds who are devising the stimulus package. What I see here is arrogance, combined contempt for one's fellow human beings.

This view of the emotions is profoundly flawed. Unless there is something pathological going on (eg., a phobia, or dysthymia) emotions are basically rational and tend to result in behavior that is more or less efficient. Suppose I am taking a walk one night and a dog lunges at me, snarling, out of the dark. I am terrified. That is because I have reason to think it will hurt me. Prompted by my fear, I get away from the animal, fast. That is more or less what I should do. Similarly, if the consumer is worried about the economy because they have reason to think it is turning south and someone in their family may well lose their job, then out of fear they will consume less, and by God that is what they ought to be doing.

Further, if you do give them a check they will use it to save or pay down debt rather than consume -- which is what they did with the first "stimulus" check, at a rate of about 85-to15. People are not the manipulable fools that the Bushes and Obamas of the world take them to be. And thank God for that.
Posted by Lester Hunt at 7:53 PM