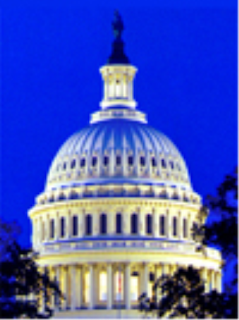 I know the title of this post makes me sound like a nut case, but the following is a quote from a recent press report (hat tip to Michael S. Rozeff):

Democrats in the U.S. House have been conducting hearings on proposals to confiscate workers’ personal retirement accounts — including 401(k)s and IRAs — and convert them to accounts managed by the Social Security Administration.

If they get away with it, the confiscated accounts will be transformed into "Guaranteed Retirement Accounts." The magically soothing word here is "guaranteed." You didn't really want to make any investment decisions, did you? It will all be done by the government now -- you can count on the government to take care of you. Right? Especially the Social Security Administration, which has always done such a good job.

One thing that is weird about this is that it apparently is the would-be perpetrators, themselves, who are calling this a "confiscation." Usually, they use nicer-sounding words for the things they do to us.

As soon as it looks like they are going to do this, I am going to incur whatever penalty fees I have to pay and empty all me retirement accounts. It will take some careful watching because these people will no doubt slap a rule on us prohibiting such defensive moves before they commit their giant act of theft. Also complicating matters is the fact that I will want to delay my move until after the end of the year so that I can delay the taxes I'll have to pay on it.

Damn! Life under a modern kleptocracy is complicated!
Posted by Lester Hunt at 4:30 PM

Perhaps cooler heads will prevail in DC when they realize how many people will be following your lead, and emptying out their 401k accounts. There may not be a lot left to seize if they try this, not to mention the fact that the Dems would face hell for it from the voters. Of course, by this point, they may be thinking that they're invincible. Well, you know what they say follows hubris.

It does seem too crazy a thing for them to do. That's my one hope, at the moment. But long ago I noticed that what seems sane or insane to me is a very poor predictor of what people will do or not do. Especially Democrats. And Republicans, of course.

This was recently tried in Argentina to truly disastrous effect - the government nationalized the 401ks (or their equivalents) promising reasonable pay-outs, except that it became difficult for the government to adjust these to inflation, which was rapidly increasing. People are marching in the streets there over this, many have lost their life savings essentially.

I believe it is George Miller who is shopping this idea around in Washington. He's said that the 401ks are a 'failed experiment'. We will follow your lead, Lester, if it comes to this level of financial theft. The Cayman Islands is still viable - especially if you don't do a wire transfer. You just take your cash and stow it aboard a sailboat, and head down. :-)

Someone said, or should have said, of government that it is nothing more than the radical redistribution of previously stolen goods.

Would ROTH IRA's also be included in this takeover ?

I guess so, but at any rate it looks like this idea's time came and went.


It seems to have blown over.