Of Broken Windows and Crushed Clunkers 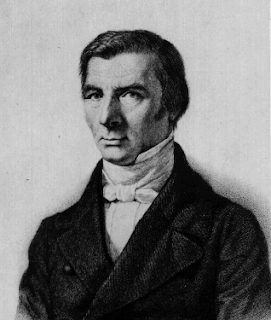 The "popular" Cash for Clunkers program (as popular as throwing money in the street and watching people scramble for it would be) is the most clear, sparkling, perfect example of Bastiat's broken window fallacy since the dark days of the Great Depression. I was wondering whether I should do the heavy lifting involved in making that point when I saw this column by Jonah Goldberg, which makes it very well. Now I don't have to. Thanks Jonah! Here's his column:

That may exhaust my French phrase quota for the year, but it's worth it. The saying is the title of an essay by the 19th century French economist Frederic Bastiat and means "that which is seen, and that which is not seen."

Bastiat's essay is most famous for the "parable of the broken window," in which a young boy shatters a shopkeeper's window and, after some initial outrage, the villagers conclude that the rascal helped the local economy. Why?

The problem with this argument can be gleaned from the title of Bastiat's essay. By counting the money the shopkeeper spends to replace a perfectly good window (that which is seen), we ignore the money he might have spent on something else (that which is unseen). The shopkeeper might have instead dropped six francs on new shoes or a book or on a bonus for his assistant. Those who celebrate the broken window as a generator of growth take "no account of that which is not seen."

This parable is more convoluted, but the upshot is that Uncle Sam pays people to destroy their own cars as long as they use the money to buy a new, more expensive car.

As you've no doubt heard, the "cash for clunkers" program gives buyers up to $4,500 of taxpayer dollars toward the purchase of a new car, if they trade in their old cars for vehicles with better gas mileage. The old cars, still roadworthy, are then destroyed just like the shopkeeper's window.

The thinking behind the program is that the car companies need a boost, Michigan needs a boost, the environment needs a boost (through lower emissions) and Americans need help too.

Unsaid, but just as relevant, is that the authors of the government's mammoth stimulus plan need some proof that something is being stimulated.

So this scheme is win-win-win-win. Within days, the $1 billion that was supposed fund the program through at least October was used up as consumers, most of whom had been waiting to trade in their old cars anyway, took advantage of the free-money program. Indeed, Washington is agog with its own success, stunned to discover that Americans like getting free money.

That this news shocked so many on both the right and left shows how thick the Beltway bubble really is.

For starters, who says the smartest thing for people with working cars is to buy new ones? Indeed, because personal debt is supposed to be a problem, why not look at this as bribing consumers into taking out car loans they don't need? Even with the $4,500 subsidy, not all of these customers are going to be paying cash upfront for their new cars. So they'll be swapping serviceable-but-paid-for cars for nicer cars that are owned by the banks.

Besides, maybe some people would be smarter to buy a savings bond or max-out their kid's college fund or -- here's a crazy thought -- buy health insurance. But instead they've been seduced into spending the equivalent of their six francs on a car they don't really need.

But, you might say, some buyers surely do need a new car. True enough. But if they need a new car, they'd get one anyway, eventually. Indeed, they might already have gotten it, but rationally opted to wait for the program to kick in.

Or they might have needed to wait until next year or to buy a more affordable carbecause the normal trade-in for their clunker might not be as generous as Uncle Sam's $4,500. They might even have opted for a cheap used car, which will now become more difficult for poor people to find because we are taking all these cheap cars off the market.

But at least, under these scenarios, they'd be spending their own money.

Under the government's program, my tax dollars are being diverted to people with cheap cars so they can buy expensive ones. That's just really inefficient wealth distribution, not wealth creation. But government can see it, and that's all that counts.
Posted by Lester Hunt at 7:27 PM

This is just plain stupid. Goldberg's article, that is. Yes, some people who needed a new car couldn't afford it. But wih a $3,500-4,500 rebate, they can. And it's very likely that someone who couldn't afford a new car, but for the rebate, probably bought a modestly priced new car, not a Maserati.

You are talking about a different aspect of the program. Actually, the program is supposed to do three things: 1)redistribute wealth from the taxpayers to people dependent on the auto industry and people who want a new car, 2) stimulate the economy, and 3) contribute significantly to cleaning up the environment.

You are wise to do so, because of the three, (1) is the only one that C4C will actually succeed in doing.

Nice information, valuable and excellent design, as share good stuff with good ideas and concepts, lots of great information and inspiration, both of which I need, Very good points you wrote here..Great stuff...I think you've made some truly interesting points.Keep up the good work.
cash for scrap cars hobart
car buyer hobart

I have read your excellent post. This is a great job. I have enjoyed reading your post first time. I want to say thanks for this post. Thank you.
cash for cars brisbane
brisbane cars for cash

Truly, this article is really one of the very best in the history of articles. I am a antique ’Article’ collector and I sometimes read some new articles if I find them interesting. And I found this one pretty fascinating and it should go into my collection. Very good work
Cash for Cars Wollongong

I am always searching online for articles that can help me. There is obviously a lot to know about this. I think you made some good points in Features also. Keep working, great job.
Cash for Cars Victoria
Cash for Scrap Cars Victoria

Great post and very informative post. At Hashtag Car Removal, you will get fast and easy cash for cars service. We are a reliable company all over Sydney NSW that pays up to $7,999 for any scrap, junk, or unwanted cars. Our expert team will remove your 4×4, ute, SUV, vans, or trucks the very same day for FREE. sell my car for cash sydney

Really very happy to say, your post is very interesting to read. Cash Car Wreckers makes it simple to get old car removal adelaide for truck, SUV, Ute, sedan, van, 4×4, hatchback, or even bus. We make it simple to sell your used, junk, accident, or damaged vehicles for top dollars. We provide you with a cash quote for your car online or via call, which you may accept or reject. It’s that simple.

Hello! I found your website on google and found it very useful and informative for our business and I also shared your website with my other friends also. Best Cash For Carz is a locally owned cash for cars business in Melbourne, VIC. We started this business with an aim to provide customers with a quick and efficient way to sell their vehicles without leaving their homes. We have over a decade of experience in Melbourne’s automobile market and have hired industry experts to help us along the way. We purchase a variety of junk and car removal Melbourne in Australia and pay market competitive prices for them and remove it from your premises for FREE.

Such a great information for blogger I am a professional blogger thanks. North Coast Wreckers provide the best used or new car parts at an affordable price. Whether you are looking for an auto part for your engine. Scrap Car Removal Townsville is an auto part recycler operating all over Townsville offering pickup and drop off services of all the auto parts.

Hi, I am really glad I have found this info. There’s nothing better than a free service – except when you add to the equation a top-dollar payment up to $9,999! We buy cars. We resell or recycle them. There is no third person involve that means you get the best value. In fact, better value as compare to a dealer or wrecker.Get top cash for your old or junk car, Local cash for scrap cars brisbane is the best and safest place to sell your unwanted car. Call Us Now 0483 333 000

At Cash For Cars Southport pay instant top dollars against your scrap, used, old, and unwanted cars in Acacia Ridge. If you are looking for a hassle-free used car for cash services and same-day free car removal, then you have come to the right place.

Our Cars For Cash Adelaide is convenient and hassle-free, as we deal with everything, right down to the paperwork. We serve all suburbs in Adelaide and never haggle over the price. We always offer you the most for your unwanted vehicle removal in Adelaide. Contact us today to get an instant cash offer. We buy Cars, Ute, SUV, Truck, Vans and 4x4. Don’t waste precious time on a car sale, We are ready to buy with top dollar cash ready to be in your pocket.

I’m going to read this. I’ll be sure to come back. Thanks for sharing. and also This article gives the light in which we can observe reality. This is a very nice one and gives in-depth information. People out there who are looking for Car Removal can contact Cash For Unwanted Cars. Cash For Cars North Brisbane actively buys all types of cars and offers used car parts for all models such as Mitsubishi, Nissan, Holden, Toyota, Mazda, Ford, Hyundai etc.

Speedy Cash For Cars proudly accepts vehicles all around Brisbane and its surrounding areas. Make sure you let us know precisely where you need to get your vehicle picked up from and we will help you take care of it. If you’re based in Brisbane then our expert tow drivers also provides Car Removal Brisbane and its nearest regions.

We are the leading car wreckers & car recycling company—the Cash For Cars Removal Gold Coast for your Old & Scrap Car service. We are famous for providing fast and fair cash for cars in Sherwood, Australia. We will do free pickup, and on-the-spot payment for all vehicle makes and models.