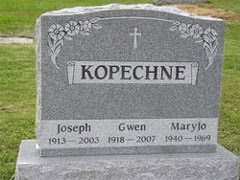 Even on Fox News, the coverage has ranged from respectful to reverent.

What the Hell? I just drove 500 miles in the past two days, and only saw one flag that was not at half staff.* Isn't that unusual for a mere Senator? What did they do when Bob ("Mr. Republican") Taft died, I wonder?

When did this man become a saint? I don't think I got that email.

The last time I paid any attention to him, he was still a hard-drinking, philandering jerk. But that admittedly was almost twenty years ago, when he was in his fifties and his ideas about fun leisure-time activities were the same as those of certain undergraduates on spring break in Cancún. My information, I realize, is badly out of date.

Somebody on Fox said that he sponsored over 2,000 pieces of legislation, as if that were a good thing. As if what we really need now is more rules and regulations, and anybody who slaps a lot more of them on us is doing us a great service.

I would like to know how many laws he repealed.

By the way, Maryjo Kopechne would have turned 69 on July 26th.
______________________________
* I also never saw a single Obama sticker on a bumper. McCain yes, and even Kerry, yes. Also anti-Obama stickers. But here in a state that gave him 10 electoral college votes all the Obama-Biden stickers have disappeared. Sup wit dat? Have those cars all gone into that vast, potlatch-like destruction of wealth, the "cash for clunkers" program? Or have the the stickers been peeled off out of shame? (On that one I am kidding of course. Voters almost never feel morally responsible for the consequences of their votes. One of the most distinctive features of democracy is the almost complete obliteration of responsibility on the part of the sovereign, which in democracy is the voter.)
Posted by Lester Hunt at 12:23 AM

The man showed his true colors many decades ago. A true cad. He ran away from an accident he caused and didn't immediately seek assistance for Kopechne. He should have gone to prison for that, in my view. The diver who recovered her body thought, given the air bubble in the car, that she may have stayed alive for an hour or two inside the vehicle.

It kind of appalls me that they aren't talking about this incident more at this point. 'Lion of the Senate'? Every self-respecting real lion out there, in zoos and in the wild, is insulted by the association of their name to him.

For an excellent swimmer to fail to rescue a woman in a car under seven feet (by most accounts) of water would have been a degree of cowardice literally incredible.

Also, there is no coherent account of the events that are consistent with his being the "lion" of anything.

I'm on vacation in California this week and Thank God I don't have to watch another celebrity "24 hour news" burial ritual.

Last year I was in Cape Cod and visied the Kennedy Museum in Hyannisport. Ironically this week I visited the Reagan Library in Simi Valley this week. It's all very nostalgic. Someday the RR Library will be a great tribute to "When Middle Aged White Men Ruled The World".

Ted either killed Kopechne, for some reason, on purpose or he killed her whilst driving drunk, or, if his story is true, he was too concussed to think straight after the accident. Those strike me as the three primary and most plausible scenarios. Whatever way it went down, however, no one who has wasted his or her own life in the pursuit and or maintenance of power (or what have you) can be trusted with the lives of others.

Anon 1: Yes, first MJ, now this. I think there is some validity to "de mortuis nil nisi bonum" but, sheesh, no don't always have to get all soppy about them.

Ms. Kopechne was a 29 year old former secretary for Sen. George Smathers and a Robert Kennedy staffer at the time he was murdered.

Anon 2: Another possibility is that TK was actually leaving with another woman, whose purse was found in the car, and that they were too drunk to realize that Kopechne (whose purse was still at the party) was asleep on the back seat. This theory though raises the question of why TK would invent a lie that is more damaging to him than the truth would have been.

I think he waited until he'd sobered up a bit before going public with his news - that would require a few hours to get the blood alcohol down. If he was dead drunk when driving off the bridge, he'd have been charged with manslaughter probably.