Secession is a Right 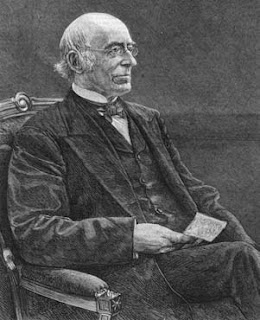 In the truly amazing flood of abuse unleashed against Sarah Palin and her family in the progressive portions of the press and the internet over this unforgettable Labor Day Weekend, one of the less vitriolic bits was the claim that she is a "secessionist nut case" because she once belonged to the Alaskan Independence Party, which holds that the process that made Alaska a state in 1958 was not legally valid. This, unfortunately, turns out to be untrue (the McCain campaign furnished a document that seems to prove that she has been registered as a Republican continuously since 1982, long before she allegedly belonged to this "fringe" party).

I say "unfortunately," not because I want to join in the recent hatefest, but because I believe that secession is an human right.

I think it would be a good thing if a powerful secessionist movement were to arise, forcing us at last to discuss this issue. You might think that secession is a dead issue in this country, but when did it become so? The issue was never settled as a result of judicial or legislative processes, nor of rational discussion. It was settled, so far as it was, by the brutal means of war. As Bertrand Russell famously said, war does not determine who is right, only who is left.

Until the Civil War, secession in this country was perhaps most often associated, not with the cause of slavery, but with the New England abolitionists like William Lloyd Garrison (Wikipedia photo, above). They wanted the North to secede from the union. Then they would no longer have to obey the monstrous Fugitive Slave Law, which required them to return escaped slaves to their "owners." In time we could have ended slavery without a war that killed more Americans than (to this day!) all America's other wars combined.

The issue of secession raises important questions about the nature of the state. Is the state really an organization whose members members have no right to resign? Could there really be such an organization? What could give it such extensive rights over the freedom of its members? To my way of thinking, insofar as the Civil War answered these questions, it answered them in the wrong way.

Abraham Lincoln said that preserving the union was more important for him than ending slavery. I have always thought that this showed a grotesquely distorted sense of values. It meant that his right to force people to belong to the organization he headed is more important than the black man's right to be free.

People have pointed out that Palin's alleged belief that states have a right to seceded from the union is inconsistent with McCain's idea of "country first." That of course is true. But doesn't that phrase epitomize McCain's belligerent nationalism? Shouldn't we be glad if he has added someone to the ticket who dissents from it? I'd like to see a politician who says freedom first, justice first, or peace first. Country? For me, it doesn't even belong on that list.

[Note: I am not a Republican, do not intend to vote for the McCain-Palin ticket, and I am not arguing for anyone else doing so. If you comment on this post, please talk about secession and not whether either of these people ought to be elected. For the moment, that is off the topic.]
Posted by Lester Hunt at 8:49 PM

"Until the Civil War, secession in this country was perhaps most often associated, not with the cause of slavery, but with the New England abolitionists like William Lloyd Garrison (Wikipedia photo, above). They wanted the North to secede from the union. Then they would no longer have to obey the monstrous Fugitive Slave Law, which required them to return escaped slaves to their "owners." In time we could have ended slavery without a war that killed more Americans than (to this day!) all America's other wars combined."

Not to comment directly on the question of the legitimacy of secession per se, but just on this point: I don't see how Garrison getting his wish would have ended slavery in the Southern states; after all, the slaves in question would be in a foreign country, and even if the North let them enter as refugees, we can be sure that the South would have quickly caught on, and beefed up border security, with increased patrols, etc. And moreover, the possibility of war would re-arise from tensions over this issue; Southerners would have said that slavery was an 'internal matter', and none of the North's business, especially since North and South were no longer even the same country. So, I don't see how America would have come out any further ahead. War would have happened anyway, because both sides were equally convinced of the righteousness of their position, and not prepared to "live and let live" with the other POV.

Note that with the North seceding, its easier for slaves to escape (they have to travel 500-1,000 miles less far to escape from their "owners"), plus the Southerners have to chase the slaves themselves (the law no longer requires Northerners to help them). I find your idea that the South would (or even might) have gone to war over this fanciful at best. I've never heard of "You refused to return our escaped slaves!" being a casus belli. On the other hand, Lincoln gave them the excuse of "You refuse to vacate our territory when told to!" (the reason they fired on Fort Sumter). As reasons to go to war go, that's a pretty strong one.

If it were easier in the first place for slaves to escape since they wouldn't have to reach Canada, more would have indeed escaped, and that likely have had devastating economic consequences on the South, which, in desperation, and a fervent desire to preserve their way of life, might have resulted in the South declaring war, IMO.