The Palin Pick: The Power of "Spoiler" Votes 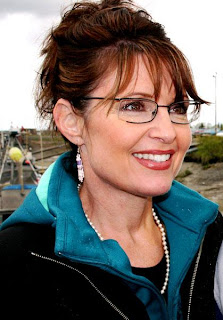 McCain's pick of the Governor of Alaska (Wikipedia photo) for his running mate is evidence that something I said recently was right -- more right in fact than I suspected at the time.

I argued that voting for "spoiler" third party candidates is not necessarily counterproductive because it shows the major parties that they cannot take your vote for granted. What I was thinking was that it will influence their conduct during the next election. If a major party wants your vote it will have to run candidates that are more to your liking -- you are happy to vote for someone else if they don't. The candidates in this election are already fixed. And though a current candidate may alter his or her rhetoric to woo potential third party voters, there is sadly very little correlation between such talk and what the candidate will do if and when they rise to the power of office. Only the next election matters, I thought.

I hadn't thought of the choice of running mates in the current election. Why do you suppose that McCain chose Palin? Notice that, until she was named as his running mate, Palin had more favorable things to say about Ron Paul than about him. That's Ron Paul, they guy who has been snubbed by the Republican convention, but is holding a 10,000 person rally in Minneapolis as I write. Notice also that Paul voters have found a place to go. According to Zogby, the Libertarian Party's Bob Barr is pulling down 8 to 11% in battle ground states.

Obviously, McCain is not worried that Bob Barr will be elected President. But he is worried that Barak Obama will be. And if McCain loses enough votes to Barr, that is just what will happen. So he has a reason to try to please these disaffected voters. And to some extent, I suppose, he has, and not by words but by actions that could have a very substantial real world effect.

Let this be a lesson to us. If you vote, you have reason to vote your conscience. They have little reason to take you seriously if you don't.
Posted by Lester Hunt at 10:52 AM