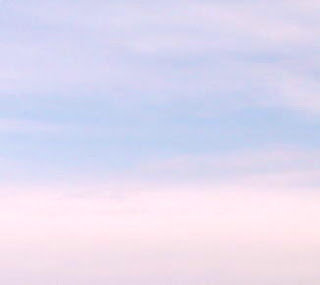 I finally listened to an entire Obama speech last night. This is something I had not done before, even though I am still considering (well, sort of) voting for him. (My McCainophobia has not responded to therapy.) I had heard lots of rapturous accounts of him as a speaker, but I've always considered oratory to be one of the lowest of the arts, so I have put off actually listening to his music myself. (I even considered watching Mythbuster's marvelous moon landing hoax episode instead of Obama's speech, but I had just seen it.)

Considered purely as a piece of political rhetoric, the speech was a pretty good one, at least by the standards we now apply to such things. Among the things that (from his point of view) he did right:

He spent a lot of time attacking his opponent. This was a good move. He was building on his own greatest virtue here, which is that he is not John McCain.

He attacked his opponent, to a considerable extent, by associating him with G. W. Bush. Here he is going for McCain's soft underbelly. Also a good move.

On taxes, he sounded like a Republican, which tends to be a good move in this country. He promised to give "tax breaks" to companies that provide jobs for Americans (which would include a lot of companies, wouldn't it?) and to new businesses, and to cut the taxes of "95% of all working families." He also promised, in effect, to cut or eliminate a huge number of government programs -- enough to pay for expensive new programs while cutting taxes. In addition, he said (twice, I think) that government cannot solve all our problems. Most amazingly, he said that government should do (only?) what we cannot do for ourselves. I'm pretty sure this is an almost exact quote from Milton Friedman's Capitalism and Freedom (Chicago, 1962). If strictly interpreted and consistently applied, this idea would eliminate a lot of government programs. (A lot of programs have no function but to transfer wealth from the one who produced it to someone who didn't. They do for us something that we could do for ourselves, but shouldn't.)

I also was impressed by the way the applause at the end faded into a country western song. This is the sort of music Americans listen to. If Obama wants to appear to be regular folks, he should play lots of this kind of music and pretend to like it.

Finally, he emitted plenty of those clouds of pink gas that his fans find so uplifting, but not too much of it: about one third of the speech, by my count.

Speaking of which, I noticed, like everyone else, that this strain of his rhetoric is meant to put people in mind of John F. Kennedy. It has some of the same moralizing content. Kennedy: "Ask not what your country can do for you; ask what you can do for your country." Obama: "I am my brother's keeper." But, as these examples suggest, there is a big difference between them in literary quality. The rhetoric of John Kennedy (and by "John Kennedy" I of course mean Ted Sorenson) consisted of pity aphorisms, most of which were rather well constructed and some of which were actually memorable. Obama's Kennedy imitation just seems, well, like pink clouds to me. Read Kennedy's acceptance speech and compare it with Obama's and I am sure you will get the impression that American politics is wallowing in a period of decadence. You get the same impression when you compare, say, Dwight ("I conquered Europe") Eisenhower with John ("I was captured by the North Vietnamese") McCain.

It's been a long downward path. I think I've listened to enough political speeches for a while.
Posted by Lester Hunt at 11:23 AM

Anonymous said...
This comment has been removed by a blog administrator.
3:51 PM

Looks like we're in for a good ride into November and the vote. I found you through your profile: we both like Theodore Roethke.