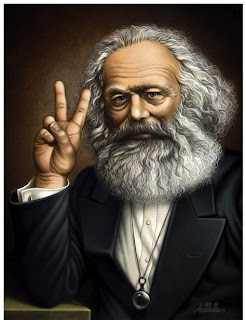 If we are talking about the Joe the Plumber issue, the more accurate term is of course "redistributionist," someone who believes the state using its power to tax in order to spread the wealth. That means taking wealth, not merely from the venal and corrupt rich, but from the hard-w0rking and successful as well, simply in order to give it to the less successful.

Some people have argued that The One is not advocating redistribution at all, on the grounds that he is merely going to raise taxes on the top 5% in order to cut taxes for the bottom 95%.

This seems like sophistry to me. After all, it is admitted that the state would be coercively taking from someone who has more for the sole purpose of benefitting someone who has less. The act of taking is what raises all the moral and economic issues. If we are indeed taking from Peter in order to give to Paul, the taking from Peter is the part that looks an awful lot like Robin Hood robbery. No one has any ethical objections to the other part -- the giving to Paul. Giving something away, if we bracket the issue of where it came from, is generally a nice thing to do. Also, it is the taking from Peter -- and thus raising the taxes on productivity -- that lowers the incentive to produce. So who cares whether the actual, physical dollars we are taking from Peter end up in Paul's pocket, or whether they are going into the government's coffers in order to increase Paul's wealth in some other way? All the issues are the same. [Of course, all this is based on the absurdly charitable assumption that Obama's policies will be carried out in exactly the way he promises.]

Greg Mankiw links to an interesting story reporting a poll done recently on whether the government should use its power to tax to spread the wealth. The results:

57 percent of undecided voters said they disagreed [with redistributionism] and 24 percent said they agreed. Nearly 20 percent were not sure. Among independents, 52 percent disagreed and 39 percent agreed.

Obviously, so far McCain has failed utterly to pick up all the anti-redistributionist votes. By all accounts, the American people are about to elect a President who represents a position that they do not support. I wonder what could account for that?
Posted by Lester Hunt at 12:09 PM