Why are Both Parties in Love with Regulation? 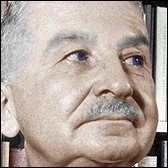 In the vice presidential debate this evening, Joe Biden repeated the Big Lie that the current economic mess was caused by eight years of deregulation and, disgracefully, Sarah Palin did absolutely nothing to counter that statement. Instead, she insisted the she and that running mate of hers are as eager as anyone to reign in greed on Wall Street.

The last deregulation to occur at the Federal level in this country was during the Clinton administration: the Financial Services Modernization Act of 1999. As far as I can determine, although it was about banking, it was probably completely irrelevant to what is happening now. And, by the way, Senator Gassbag voted for it. Why couldn't Sarah say any of this? Unless the McCain campaign is run by democrats and socialists, it should have been in her prep book.

As to what did cause this mess and the coming hard times, I don't think you can get a grip on this issue without a theory. The facts in this case do not speak for themselves, or all informed people would be saying the same thing -- which they obviously are not. My own preferred theory in this sort of case is the so-called Austrian Theory of the Trade Cycle. Today I saw an elegant little account, by Matt Kibbe at Reason, of how the Austrian theory applies to here :

Our current financial crisis has all the characteristics of a classic government boom-and-bust cycle generated by easy money and credit as described by [Ludwig von] Mises in The Theory of Money and Credit, Human Action, and Interventionism. Easy money from the Federal Reserve, coupled with easy credit provided indirectly via the Community Reinvestment Act and directly via government-sponsored-enterprises Fannie Mae and Freddie Mac created an unsustainable housing bubble. By corrupting the standard of value and bullying financial institutions into giving loans to the unqualified, these government actions distorted relative prices and caused generalized errors in economic calculations and investment decisions. “True,” says Mises, “governments can reduce the rate of interest in the short run. They can issue additional paper money. They can open the way to credit expansion by the banks. They can thus create an artificial boom and the appearance of prosperity. But such a boom is bound to collapse soon or late.”

By this account, the problem was caused by government intervention in the economy, not by deregulation.

Into this situation comes the bailout package, the main feature of which consists in the government directly bailing out private businesses by purchasing low-value assets at inflated prices.

This, once again according to the Austrian theory, is the opposite of what we should be doing. Hard times are coming no matter what we do, and we will desperately need that seven hundred billion for new projects that correct or compensate for the mistakes made during the credit expansion boom, instead they will be disposed of to reward the people who made those mistakes. If tonight's debate is any sign, this country is going to a bad place. No matter which of the major candidates wins, it will be somebody who is about to march resolutely off in the wrong direction.

[Incidentally, find another excellent article at Reason on the bailout hogwallow here.]
________________________________________
Added later: Well today Congress basically nationalized a portion of the financial industry, at your expense. It was, as someone said at the Mises Blog, a day that ought to live in infamy. Except that what is more likely to happen is that when it turns out there is no "credit famine" the proponents will say, "See, it worked!" And when the depression spreads and deepens and we lost $700 billion before it fairly got started, they'll say, "Well it wasn't supposed to prevent a depression, only solve the credit famine. Now we need to nationalize the so-and-so industry." One state intervention always leads to others, each seen as needed to fix the unintended consequences of the previous one. ... Well, at least the stock market rallied because we finally did what it wanted. What? It didn't? Well, now, that's a kick in the head.
Posted by Lester Hunt at 12:10 AM

Yeah, many lines and specific events in 'Atlas Shrugged' have been coming to mind of late. "It's a national emergency, blah blah"

For a bit of humor (we all need some today) the recounting of the Veep debate at this blog site was pretty amusing.

I came across this in this morning's NY Times.

Whether it was sound policy or not, a little transparency would have been nice.