The Worst Argument for Taxation: An April 15th Celebration 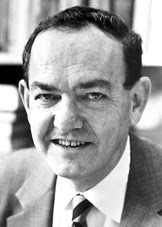 Happy Tax Day! I hope you are enjoying the one day of the year when most people feel the same way about the state that I feel on the other 364. God knows I am not.

I was shocked to learn recently that the late Herbert Simon, a Nobel laureate and former colleague of mine, once recycled, in a published essay, what is probably the worst of all moral justifications for taxation. As far as the morality of taxation is concerned, he is supposed to have said, the state would be perfectly justified in taking away 90% of the income of the people in the developed countries, as this is the amount of your product that is due to certain features of our social system. The most important of these features are probably these three: a relatively efficient and decent legal system, a government that (unlike most) is not simply a kleptocracy, and the vast stores of knowledge long accumulated by other participants in the economy. The government's taking 90% of what you own away from you, according to Simon, would merely be a matter of returning it to its real owners, which presumably is the people who comprise the state.

I can hardly believe that Simon said something so silly. He must be the wisest and smartest person ever to repeat this ridiculous argument. That is no doubt why we often see this idea attributed to him. It did not originate with him. Like many a bad joke, it is truly anonymous.

It is true of course that an enormous part of my income is made possible by the fact that I live in a half-way just, semi-free society, instead of one of the horrible Hell-holes in which many human beings have to live out their lives. If I taught philosophy in Russia or Mexico, instead of Madison Wisconsin, I would earn a very small fraction of what I earn here, even though I would be doing the same brilliant job that I am now doing. Why? Well, the people in those societies are working within political and legal systems that have been devastated by centuries of horrible government and rotten laws. As a result of this, the other participants in those economies have less powerful ideas, theories, methods, and skills -- in a word, less knowledge -- and are less productive than the people I deal with over here. In a system in which the government does not stop them from doing so, people come up with new and better ideas, year after year. Because of the human capacity for memory, the discoveries and inventions of past generations remain here after they have left the scene, and in some cultures the resulting total reaches truly staggering dimensions. Even though my brain contains the tiniest fraction of this total, living among these highly knowledgeable people is very beneficial to me. In general, it is to my advantage to trade with more prosperous, more productive people rather than less wealthy, less productive ones. (In case this is not obvious, think of it this way: those less prosperous people are going to pay me for my contributions with ... what?)

There is no harm in summarizing what I have just said by saying that a lot of my product is possible because of "the contribution of society," as long as we remember what that means. It means that a lot of fine people worked hard at developing good ideas about things and implementing those ideas by building institutions that endured after they departed. I owe these people my eternal gratitude. Gratitude, not cash.

The reason is very simple. They all made their contributions in return for compensation, which they were paid by others. They may have wanted more in return than they actually got (don't we all?) but they regarded what they got as sufficient to offset all the trouble they went through to make their wonderful contributions to our way of life. We know this because we know that they did decide to actually take that trouble and make those contributions.* Why should you lose 90% of what you produce in order to compensate them for what they did? They have already been paid! (Not to mention the fact that the great majority of them are now dead.) This would mean paying them twice.

By the way, doesn't this mean that I should be paid twice too? I contributed something too. It may not have been much, but I am still alive and can actually be compensated. Come to think of it, doesn't it also mean that I get my 90% back? But then where is all this money going to come from, now that we are paying everyone twice what they produce?

Actually, I should say that Simon would be proposing to pay everyone twice, if the money were really going to the actual contributors, the heroes who make this wonderful life possible. But of course it isn't. Simon wants the state to get it. Why on Earth should it get any of this money? Insofar as the state makes any contribution to my product, this contribution was the work of individuals who have been compensated** and at any rate would never see any of Simon's vast pile of loot.

So this argument is rotten for two reasons: 1) the real contributors have already been compensated, and 2) the alleged compensation would actually go to the wrong people anyway. Like I say, worst argument yet.
________________________________________
* For simplicity, I am ignoring the fact that some contributors were defrauded or coerced. Some were literally enslaved. Those people were not adequately compensated. Maybe we should compensate their heirs. But this is not the sort of compensation that Simon is talking about. It would not justify payments to the state, but only to the heirs of victims. (Also, note that most of these past injustices were actually committed by the state -- and its hangers-on, such as slave-owners.)

** Furthermore, their contribution consisted in large part in restraining the power of the state, which becomes predatory and extremely destructive if not restrained, and subjecting it to the rule of law. If it weren't for them, the state would mainly be pursuing its ancient calling of conquering, pillaging, and murdering. Moreover, these brave men and women were often paid by the state for their efforts with torture, imprisonment, dishonor, and death. Maybe the state owes them, and their heirs, something?
Posted by Lester Hunt at 8:52 PM

I don't understand how this Simon's argument does not find support in Locke. The state allows you to be productive by providing safety and keeping the state of war/nature at bay by making sure you do not have to make/execute laws. Doesn't the state need your money to keep up its end of the bargain? It's not about compensating past contributions, but building the store of state resources so that the state can perpetuate. To make your argument valid I think you must go farther in debunking the state myth. As it stands, it seems the argument you present fails to knock down Simon's. I make this point only because I side with your position, but don't think that if I presented your argument to someone in opposition that it would stand.
This is the first comment from someone who has checked your blog weekly for the past year or so. Thanks and keep up the good work.

Thanks for becoming a commenter!

I would simply apply the individualist argument I've already given to the question you raise. Part of the reason my income is as high as it is, is that the state has prevented people from stealing it. True enough. But all this means is that there are a lot of people -- cops, lawmakers, judges, etc. -- who have done their jobs and already been paid. There is nothing left over that I owe for. But you are right: the main reason people don't find my argument obvious is that they think there is something left over -- the state itself! The state is a super-personal entity that transcends, like a god, the mere individuals who work for it. Given that this is their idea, my argument is indeed incomplete, in a way. But here the burden of proof is on them: Why accept this non-individualist view of the state?

Leaving people alone in peace to live their lives and pursue productive enterprise is nothing more than what we are due, morally, as human beings. Why should the government have a claim on us for simply not thieving from us? That would be like a guy knocking on my door and saying "I could have burglarized your house, but I didn't, so now you owe me." No, I don't. And I don't owe the government anything for not taking my money like kleptocratic governments do.

Yes, I owe my share of the cost of funding police and courts, but that should be restricted to my share of the cost of those services, and nothing more. The wealth I then choose to create in the relative safety provided by our hired government security/justice force belongs to me. As Dr. Hunt points out, they've already been paid. For them to say they're entitled to more would be like a guy you paid to put a new roof on your house claiming that when you sell your house he's entitled to part of the profit because if he hadn't roofed the house it would have deteriorated.

Yes, a good part of the "social contribution" that the state is supposed to be paid for, on this argument, is its refraining (so far!) from taking everything I've got. 'Tis a strange argument.