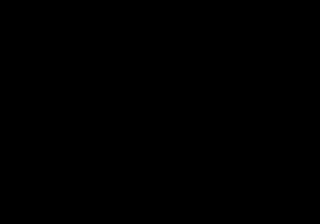 I just watched the final episode for the second time. It's as brilliant as ever. Having the bad guy's head crushed in a vomit-inducing way provided enough closure to avoid completely frustrating the viewer, but they also avoided having so much closure that they violated their own aesthetic and lost their integrity.

As everyone knows, it ends with Tony, Carmella, and A. J. sitting in a restaurant, eating onion rings. There's cross-cutting to Meadow having trouble with parallel parking across the street. "Shit!" she mutters, and tries again. Finally she crosses the street, in a hurry. Tony looks up, we hear the door opening, and the screen goes black for ten seconds. The final credits roll. (See illustration. Click to enlarge.)

When it first aired, a lot of people were sure that the black screen meant that Tony is killed. They misquoted a line Bobby Bacalieri said earlier in the season, remembering it as "when if finally comes, everything just goes black," referring to the moment when your opponent finally kills you. What he actually says (the line is even repeated in a flashback) is more like "you never hear it coming." He's just repeating the old military cliche that you don't hear the bullet that hits you.

Clearly, what is going on here is simply closure-avoidance. The series, which has broken rules throughout its 86 episodes, is breaking its last rule. The series doesn't end, it just stops. In the middle of a scene, like life itself.

The Sopranos is the greatest TV series since The Twilight Zone was canceled in 1964, but there are many things about it that really aren't to my taste. After all, my favorite popular art genre is Viennese operetta, which lies at the opposite extreme from the post-modernist realism of The Sopranos.

In particular, I like closure. It's true enough, I admit, that life simply stops. In fact, I insist on it. The things that end life are brute, physical facts that have no respect for human plans or meanings. But this is what makes art so great: unlike reality, it is saturated with meaning. The ending of a narrative retroactively reflects meaning back on the events that lead up to it. Every narrative raises certain questions in the mind of the viewer. The ending answers the last of those questions. At a minimum, in genre fiction, it answers the last of the "what happens next" questions and sorts the characters out into winners and losers. In narratives with artistic ambitions, it can do a lot more. As far as answered questions are concerned, it can do a lot more for you than reality does.

In the immortal words of Homer Simpson: "Reality TV? If I wanted reality I wouldn't be watching TV!"
Posted by Lester Hunt at 2:16 AM

As someone who's never watched the Sopranos, I feel quite confident I know what the point of the ending was: it doesn't matter. It doesn't matter whether Tony is killed that moment, or is killed after another two years, or dies an old man like Don Corleone in The Godfather, but after continuing to live his life the same way he had been. The suggestion was that it all amounts to the same thing in the end.

I'm also not sure that this makes the show life-like. In life, things turn out one way or another, and we can insist that whichever way they turn out is meaningful, even if it isn't. The non-ending deprives us of this.

I don't think your interpretation of the ending fits in with the rest of the series which, on my interpretation at any rate, has a fairly solid sense of values -- above all it is premised on the idea that we are right to care about the (better, some of the) characters and hope that they don't get murdered.

As to the realism or unrealism of non-endings, I guess what I'm thinking is that death (I probably should include death's younger brother, old age) interrupts projects before they have turned out any particular way. Life keeps answering questions, but at the same time it keeps raising new ones, and they aren't all answered by the final curtain. In this sense, there's no closure.

What is shit but the waste byproduct of food digestion.

We all have to eat.

So the onion rings are communion wafers? Or are the Sopranos themselves the sacrifices, about to go into the Great Mouth? ... Hm. Gotta say I'm skeptical about this one. Despite the fact it resonates with Nietzsche's The Birth of Tragedy. I'd like to believe it, but I can't.