Are the Parts of the Obama Plan Popular, While the Whole is Not? 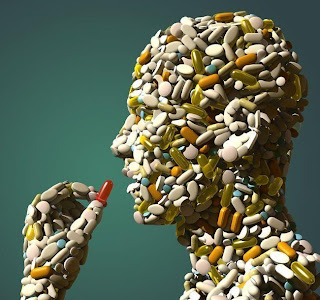 In the bipartisan health care summit on Thursday BHO used a talking point you see around a lot. Reminded that poll after poll show that the American voter is solidly against his health plan (in one, a combined 75% want him to either start over or drop the health care issue altogether) he said:

...what's interesting is actually when you poll people about the individual elements in each of these bills, they're all for them.

The generally fair and thoughtful conservative columnist Byron York (plus, he has nineteenth-century hair!) points out the large grain of truth in this claim:

So what gives? Are people really stupid enough, as BHO suggests, to support all the parts of something and reject the whole? Probably what he is thinking is that the voters have been confused by the propaganda of the folks who don't like his plan. But people would have to be really, seriously stupid to be manipulated in that way. Either people are committing a gross logical fallacy, or they have been bamboozled into having an opinion on the plan while remaining grossly ignorant of its most basic components.

York has a sensible explanation for these odd-looking preferences, one that avoids the assumption that Americans are blithering morons: when you ask about the parts one at a time, that sounds like incrementalism, and when you ask about the whole enchilada, that sounds like radical change. Americans prefer incrementalism to radical change. Whether you agree with that preference or not, it is one that neither violates the requirements of logic nor reflects abysmal ignorance.

I have an additional possible explanation. When people are asked about the components, no mention is made of possible costs. Would it be nice to eliminate pre-existing conditions as a consideration for health insurance? Sure, why not? Well, if we enacted that component, and did nothing else, then people would have no reason to buy insurance until they develop and expensive medical condition. Paying for routine doctor visits and medicines would cost a lot less than my premiums do right now. But then premiums would skyrocket, far beyond where they already are. Would you like that? That's not the question, and of course most folks wouldn't be thinking of that unless the pollster points it out. Questions about components ask you about whether you think they would be a good thing and do not encourage thinking about costs.

On the other hand, one of the things everybody knows about the whole package is that its defenders say it would cost around a trillion dollars over the first ten years. Here probably a lot of people are thinking of costs, even in the absence of encouragement to do so. Thus to some extent answers to the part-questions and whole questions are about different things. Also, the answer to the whole-question deserves to be taken more seriously, since taking costs into consideration is exactly the sort of thing that common-sense prudence requires.

People aren't as stupid as their leaders think they are.

Also, I don't think it is true that people are "all for" all of the provisions of the bill. Lists like York's, and the one Obama gives in the comment I quote from above, omit mention of the least popular provision in the plan.

For this one, poll numbers swing wildly, depending on how the question is asked. Here is the result of one poll (note that this question does mention one of the costs of the provision):

Question: "Let's say that Congress passed a new law saying that everyone either would have to obtain private or public health insurance approved by the government or pay a tax of $750 or more every year. Would you support or oppose this law?"

That's 71% opposed. Pretty terrible numbers for a provision that folks are "all for."
Posted by Lester Hunt at 5:19 PM

Lester, I have no doubt the majority of the public has a genuine desire to see health care reform that is not phased-in incrementally. I see the the disparity with the part versus the whole as a symptom of distrust of the shell game procedure of passing health care reform. The concern over earmarks is shared by the public regardless of political affiliation.

Although many would act like it was there for centuries, modern complex hospital/institutional medicine is a 20th century innovation. For the past few decades in the U.S. the "nanny state" was the employer and every "working man" received that nice benefits brochure from his employer or union which covered him and his family at little or no out of pocket expense. Next came medicare which covered the retired senior and his spouse.

Along with the change of the family structure and business structure which no longer covets the American worker; there is something historic happening here. The Health Care Summit was revealing becasue the Repubs expressed the classic economic ooncerns here, although sometimes they sounded like attorneys for the insurance companies. Obama finds himself in a Lincolnesque Moment where he is forced to make General McLellan move the army. Even though the Tea Party's created alot of noise, Obama was still elected to do this so he has little choice.

So that would make a fourth explanation for the polls: people like Obamacare in the abstract, but they don't like the cornhusker kickback, the Louisianna purchase, the Cadillac exemption given to the SEIU, etc. That might solve the part-whole problem, but it doesn't explain why a huge section of the population don't like the idea of being punished for not buying insurance. Also notice that, unlike Obama's boilerplate leftist explanation, it means that they don't like the bill (which has all these bribes attached to it).

Your comment is off the topic, which was these opinion poll results, but...

It's true that the price of health care in the US has risen to great heights since the sixties, but I don't think technological improvements are the explanation, as you seem to be saying. Veterinary medicine and cosmetic surgery have seen similar improvements, without a similar rise in prices.

What has changed since the sixties is the institutionalization of the idea that health care is a "right" to be paid for by others. Government spending more and more money on these services means increased "demand" -- ie., upward pressure on prices. This drives more and more people into the highly flawed, "third payer" (ie., insurance) mode of paying for these services.

On this diagnosis, the current crisis was caused by the insurance companies and ultimately by the government -- the very same institutions Obama is using to "fix" the system. What we really need is a new system, not more of the same.