Why are Prize Committees So Laughable? 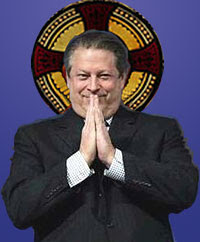 Yes yes yes, I know. The Nobel Peace Prize is now impossible to take seriously. But hasn't this been true for a long time? After all, it's been awarded to not only Al Gore but to Henry Kissinger, Yasser Arafat, Jimmy Carter - and other people whose contributions to peace were negligible or on balance negative. And then there was Rigoberta Menchu, who got the prize for a book that was later shown to contain a significant quantity of deliberate lies. And for her "work" as a Marxist revolutionary.

There's a phenomenon here that is much larger than this one prize.

Then, perhaps most disgracefully inept of them all, there are the Academy Awards. Here are some directors who never won an award for best director, and who could have, because each one made several (at least!) pictures in this country: Orson Welles, Alfred Hitchcock, Howard Hawks, Charles Chaplin, Fritz Lang, Josef von Sternberg, Ernst Lubitsch, Preston Sturges, Nicholas Ray, Stanley Kubrick, Max Ophuls, Jean Renoir.

Why are these prizes so absurd, so easy to ridicule and laugh at?

Here is one partial explanation. Judging who is "the best" in one of these fields involves weighing and deciding between incommensurable factors, in the sense that we cannot find one candidate better than another simply on the grounds that they possess more of some specific quality than another. It is not like judging which horse crossed the finish line first. "Competitions are for horses, not artists," said Bela Bartok (who as far as I know never won a prize for anything). He was right.

We do make judgments like these, but we do so by sorting imponderable factors on the basis of moral, philosophical, or ideological principles. Why do you suppose that the pro-Communist Gabriel García Márquez won the Nobel, while the libertarian Mario Vargas Llosa (who once punched Marquez in the face) did not? Isn't it pretty obvious?

All such judgments are necessarily ideological or, in this sense, biased.

The trouble with the above awards is that they are ideological and pretend not to be: they are just prizes for "the best" in a whole vast field of endeavor. As a result, they are dishonestly and inconsistently biased. The prizes that are not ridiculous, that make perfect sense, are the ones that are openly ideological, like the Prometheus Awards.

I am not saying that the other sort of list have no value. They are, more than anything else, entertaining. They are also fun ways to raise issues and start discussions, like the tempting project of drawing up one's own "top ten" lists. But they are only fun if not taken too seriously.

What I personally do take seriously, I have to admit, is five Norwegian politicians trying to use the Peace Prize to influence who the outcome of the next American Presidential election. If that is what they were trying to do. But I won't get started on that here.
Posted by Lester Hunt at 4:09 PM

"But I won't get started on that here."

I dunno, Lester -- kinda sounds like you already did.

Anyway, the committee could equally (in)sensibly, and (but) with greater electoral effect, have given the prize to Bill Clinton. So your political analysis seems a little easy.

On the main point, of course all awards are biased in various unhealthy ways. And the whole exercise of award-granting is pretty ridiculous. The perspective of award-granting bodies is ineluctably parochial. Just to take the historical dimension: Even a hundred years isn't enough time to put a particular figure's accomplishment in perspective. Even a thousand. Bach was "out" until Mendelssohn rediscovered him. Plato's reputation continues to wax and wane as against Aristotle's. And who knows? In 100 years, maybe Hitchcock will be looked upon as a hack. But to quibble with a particular decision, absent some clear indicium of bad faith, is almost a category mistake. And the idea that any of us can step outside our time and adjudge True Merit is a connoisseur's fantasy. For the most part, I think these kinds of institutions really do try to make their best efforts to judge the best efforts of others. Most of these judgments will be erroneous from the standpoint of history, of course. But for our time, they'll do.

Bill? They should have given it to Hillary -- that would have been much funnier.

I think what you're saying here is more or less consistent with what I've said. Mainly, you are raising the distinct but related issue of "the canon." I guess my view on canons would be adapted version of what I've said about prizes. They can serve a purpose, as long as we don't inflate their importance. Every canon is an indicator of what's important for us, rather than what's important in the infinite scheme of things. I guess the way I would differ from you is that I don't think reputations fluctuate as much as you suggest. Also, the most violent fluctuations are in the person's own time and relatively soon afterward. Note that the great Bach eclipse was during the period after his death. After the romantics rehabilitated him, he did not eclipse again. The same is true of Melville, Thoreau, Whitman. They were unknown, or mere "cult" favorites, for half a century or so, then entered the canon and stayed there.

Two more I can think of off the top of my head that were overlooked. Graham Greene for the Nobel in literature and Richard Burton by the Oscars.

True, there is no good & honest way to disburse awards - someone or the other will disagree. Democratization is not the answer either - see what happens in the elections.

But do you really think that the Nobel Committee is trying to influence the 2008 US presidential election? Is there a chance that Gore will run? Have you heard something? If so, Hallelujah!

The Peace Prize being the most political of all the Nobels, there are some "unworthies" on its recipients list - Gore may be among the least controversial.

While many point to Kissinger, Arafat, Peres and Rabin (at least the last three were trying until Rabin was assassinated) my own discomfort is with one Nobelist whose public persona is that of a humanitarian and peace activist but his actions and agenda belie that lofty image. Elie Wiesel troubles me a lot. Unlike Kissinger and Arafat, Wiesel is considered a humanist, not a political nomination. Given his own personal sufferings one would expect him to be sympathetic to the sufferings of others. Yet Wiesel has repeatedly made the distinction between one kind of human suffering and another.

Particularly churlish was his dispute in the 1990s with the Holocaust Committee about the inclusion of Gypsies among the victims of Hitler's atrocities. Isabel Fonseca notes this in her fabulous book "Bury Me Standing" on the plight of European Gypsies. (Gypsies were later added to the list of victims of the Nazi slaughterhouse)

Then his support of the Iraq war - he called it a "moral obligation." All this makes Wiesel a partisan political figure in my eyes and not a universal human rights champion as he would have us believe.