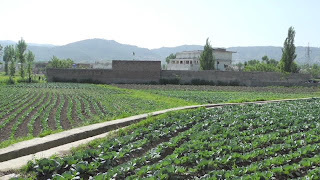 In the transcript for John Derbyshire's Friday podcast, you can find some wise observations on the War on Terror. I can do no better than simply quote him. I think of them as a succinct explanation of how bin Laden won. Here are his words (I hope it goes without saying that this does not constitute an endorsement of John's views on any other subject):

Mid-morning on September 11th 2001, as I was watching the Twin Towers burn on my TV screen, I got a phone call from Kathy Lopez at NRO. Could I give her eight hundred words on what had happened? I said I sure could, and went to my computer and knocked out a column, and emailed it in to Kathy. It's there in the NRO archives somewhere, and on my own website.

Here's part of what I wrote, quote:

This is not an easy enemy to confront. This will not be a matter of great troop movements, of trenches and fleets and squadrons and massed charges. This will be small teams of inconceivably brave men and women, working in strange places, unknown and unacknowledged. But is the same enemy, the same truth, of which Kipling spoke: evil, naked and proud: "a crazed and driven foe." This is what humanity has faced before, since our story began to be written down. This is civilization versus barbarism.

Last Sunday's mission, the mission to kill Osama bin Laden, was precisely the kind of thing I was predicting: "small teams of inconceivably brave men and women, working in strange places, unknown and unacknowledged." That's the right way to conduct a War on Terror.

Osama bin Laden once boasted that his 9/11 operation was the most highly leveraged investment in history. It cost him $500,000, he said, but it had cost the American economy $500 billion — a return on investment of 99,999,900 percent. He was speaking of the operation's effect on Wall Street, on the stock of airline companies and so on.

If you look at the numbers I quoted a moment ago, though, they are just as embarrassing. Those 19 dead martyrs of his led to three thousand American civilian deaths and six thousand military. That's a rate of return of nearly fifty thousand percent. Taking the cost of Iraq and Afghanistan so far as one and a half trillion dollars, that's a return on investment of three hundred million percent. You see why I'm not cheering?

If we had stuck with operations like last Sunday's— the operations I foresaw on 9/11 — supplemented by the kind of diligent intelligence work that makes such operations possible, and further supplemented by the kind of remote drone attacks that have decimated Al Qaeda's senior ranks, there'd be cause for unrestrained jubilation at our victories. As it is, those victories are glowing lights in the shadow of much waste and folly.

"Our government had other ideas. We sent great armies into Afghanistan and Iraq" for their oil. I believed 911 provided some people at white house with the much-sought excuse to go after Iraq and control its oil, which has nothing to do with 911.

The significance of 911 is the fact that it has initiated the irreversible downward movement for the country by getting the country deeper into the debt (deficit), giving little Bush a chance to be an undesirable man and making Obama a nice one in contrast, which enabled him to grab the white house, and Obama's attempt at redistribution of wealth, together with other bad economical factors... You can trace many things back to 911 and the unwise reactions to it.

Yes, I think there's no doubt that if it were not for 9/11 and Bush's overreaction to it, Obama would not be president today. The damage OBL managed to do was literally incalculable. But he had a lot of help!

I suppose it depends on how one defines winning. As I understand it, OBL's short range goal was to lessen American's involvment in the Middle East. The opposite of that has happened. His long range goal, was the restoration of the Caliphate. That goal seems unllikely to be met.

When you say there is little doubt that President Obama would not be in office without 9/11 do you mean that George Bush would not have been re-elected without the war?

So you think his short term goal was "I'll commit the most spectacular terrorist attack in the history of their country, and then their presence in the Middle East will decrease"? Come on, he was not that stupid. That was long term, not short term. And just wait, he will get that one, too. The very first thing I blurted out when I was told the attacks was that they, whoever they are, wanted to provoke us into doing something really unpopular and expensive. Which we did.

Actually, we don't have to wonder what OBL's strategy was. He told an interviewer that it was to "bankrupt America." Well, hasn't he?

As to your last question, if it wasn't a joke, if John Kerry had been elected, Obama still would not be president. More importantly, we would not have had the Great Recession (as soon). It would be a better America, and a better world.

My second question was not a joke. Given that his re-election as a wartime president was possible only because of a 2 percentage point win in Ohio, it seems entirely plausible, and perhaps probable, that George Bush would not have won in 2004. However perhaps debates about this are akin to debating about angels dancing on the heads of pins.

While OBL claimed, in 2004, that his goal was to bankrupt America, That is an after-the-fact rationale. Once he had seen the US reaction, he took credit for it.

What contemporaneous evidence suggests that OBL thought that his attack on 9/11 would lead to an invasion of Iraq or Afghanistan by the US? His previous attacks on US embassies did not result in invasions. Neither did the previous terrorist attack on the World Trade Center. OBL, who did not know that the attacks would result in the towers collapsing and the resulting carnage, was aiming for a disruption in world trade not a war. While he did evil and intended to do evil, it is giving him too much credit to suggest he understood how much the United States would invest in trying to catch him.

Sorry this is seriously off-topic, but I'm really curious as to why you think Kerry would have delayed the recession?

Sorry, there were two sentences that by virtue of their juxtaposition gave the wrong impression as to what I meant. I meant that the war brought the recession on sooner, not that the election of John Kerry would have delayed it.

Your count is also low when you have not included the cost of treating and serving the large army of veterins, wounded and tramautized physically and mentally, emotionally and psychologicall, after the wars end, if they ever end, and the impact on the families left behind, many of them became disabled and have to rely on government support. Think the long term cost of all these.

Actually, that was John Derbyshire's count and not mine, but thanks for the additions.