The Ethics of the bin Laden Killing 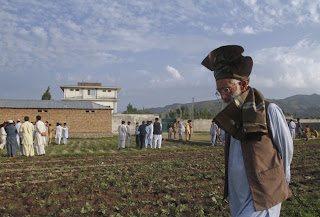 Note: This post supersedes anything I have previously written on this subject. In case of any inconsistencies, this represents my present view of the matter:

First of all, we do not know exactly what happened at the Abbottabad compound on May 1, and in these matters details are important. In a covert operation, the deception does not cease when the operation in the field is over. Your enemy is eager to know how you operate, and you are equally anxious that they learn all the wrong lessons. Fraud is as essential to the functioning of the state as force is. In the present case, this is complicated by this administration’s inability to get its story straight and its deliberate destruction of or refusal to publish evidence as to what actually happened. However, it is an interesting academic question to ask whether, if the official version is true, the killing of Osama bin Laden was ethically problematic or not.

The official version of the events now seems to include the following allegations and admissions: 1) Special US operatives (SEALs and possibly CIA) went there specifically to kill or capture bin Laden. 2) Only one enemy ever offered armed resistance, and he was killed at the beginning of the operation. 3) Bin Laden was unarmed when he was killed. 4) He was not actively attempting to surrender. 4) The operatives did not request or demand that he surrender. 5) At time he was killed, bin Laden was not living in retirement, but was in fact actively the supreme enemy commander.

The following plausible ethical principles are relevant: a) In war, there is nothing wrong with targeting an individual enemy. If, during World War II, special forces had invaded the home of a German military commander and killed him, few would deny that this was justified. Further: b) Fighters do not have an obligation to expose themselves to risk for the sole purpose of sparing the lives of legitimate enemy targets. c) There is nothing per se wrong with shooting unarmed enemy combatants. Warfare would be impossible if one could only fire on enemy who were in possession of their weapons at the time. (a), (b), and (c) obviously speak in favor of this operation. However, there are two more principles that are more problematic and seem to me eminently plausible: d) Pure revenge is not a justification, either in war or at any other time. Acts of destruction must be reasonably thought to be the best available way to advance a legitimate military objective (generally, to influence future enemy behavior). e) Other things being equal, taking enemy prisoner is to be preferred to killing them.

(d) and (e) could imply an obligation to ask bin Laden to surrender. It depends on what was actually happening at the time. Suppose that the operatives were reasonably certain that the only people in the compound were wives, children, dead bodies, and enemy who were completely in their control at the time. In that case, I would say, clearly the killing of bin Laden was simply an act of murder and not justified. The same would be true if they went there with orders to kill him, or to prefer killing him to taking him prisoner. Of course, we can imagine other scenarios, also consistent with the alleged facts, that imply a different result. At the moment the operatives confronted and shot bin Laden, there was probably a good deal of chaos at the compound. Did any of this chaos constitute a threat to the operatives? We do not know. It is possible to fill in details in ways that indicate the shooting was a justifiable act of war. What you ought to think of this operation, in my opinion, depends on what you think was happening at the time, on the nature of the risks that the operatives still faced, and on the role shooting bin Laden might have played in controlling these risks.