Conspiracism is not Freedom Friendly 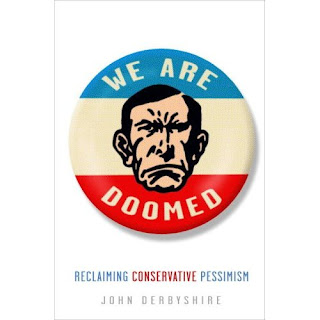 A propos of the conspiracy theories swarming like pestiferous gnats around the death of bin Laden, John Derbyshire had this to say:

I speak here as a person just temperamentally allergic to conspiracy theories. They belong, in my mind, to that much bigger continent of ideas whose central organizing doctrine is that things are other than they seem, the continent of gnosticism.

Now I know of course that things sometimes are other than what they seem. As a connoisseur of mathematical paradoxes and sometime student of relativity theory and quantum mechanics, I'm very well aware of that.

In human affairs, however, it's not the way to bet. Furthermore, it engenders a suspicious, mistrustful cast of mind that can all too easily tip over into paranoid insanity.

It's especially not the way to bet when discussing government action. Government, most of the time, is a great blind blundering beast, incapable of any kind of subtlety. What you see is what you get, with due allowance for stupidity and incompetence.

This last point is the one that strikes me at the moment. It continues to amaze me that so many libertarians are also conspiracists. True enough, the conspiracy theories they like are not the Nazi kind (It's all a Jewish plot!), nor the Communist kind (It's all a capitalist plot!). They like the kind that, like Huck Finn's Pap, are "agin the gummint".

But that does not mean that these theories are liberty friendly. In fact they are the opposite. One thing that distinguishes conspiracism from serious scholarly thinking about real-world conspiracies (eg., the 19 religious nut-jobs who destroyed the World Trade Center) is that it attributes what I call "superpowers" to the villains of its narratives, capacities that are well beyond the abilities of normal human beings. At the very least, they attribute to the conspiracy the ability to change history by coordinating the efforts of an disparate array of people, without any leaks, without the thing unraveling in mid-process, with no death-bed confessions, and all of this invisible, inaudible -- undetectable to everyone but the conspiracist.

This violates a central tenet of enlightened libertarianism: the proposition that, in the immortal words of Dave Barry, government is stupid.

[For my earlier jottings on the cognitive illness I call "conspiracism," see this.]
Posted by Lester Hunt at 2:53 PM

Thanks for the link! I wasn't aware of that piece. In content it resembles some of the points I have made (including the earlier posts linked here) but also differs in ways that make it all the more interesting.