The Murderer Fabrikant, or: Professors Who Kill, Part II 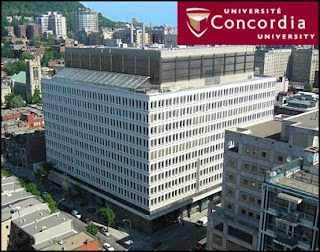 In connection with an earlier post on lethally violent academics I got a comment from, believe it or not, one of the murderers I discussed there: Valery Fabrikant, a former engineering prof who in 1992 murdered four colleagues at Montreal's Concordia University. Since then, I've gotten another of his missives. Because mine is a moderated comment thread, I am fortunately able to refrain from publishing it, and any further comments from him, out of respect for the families of the four people he slaughtered.

Along with his other repellent characteristics (eg., being a remorseless mass murderer) Fabrikant happens to be an internet attention hog, and I did not want to give him another venue for displaying his horrific creepiness.

There is nonetheless an interesting question here: How on Earth is a convicted mass murderer able to send messages on the internet? For some years I corresponded with Walter Bell, an inmate on Texas' death row (eventually commuted to life). As I understood it, Walt wasn't even allowed access to a radio or tape player, let alone an internet computer.

According to this 2001 newspaper article, Fabrikant had at the time the article was written sent 1,361 internet messages from at least one known email address. God knows how many he has sent by now.

According to the same article:

Although he is given a limited list of eligible phone contacts, Fabrikant gets around this by phoning the home of Maya Tyker, his wife and the mother of his two children. Someone in that household then puts him into contact with whatever number he requests through a three-way conference call.

Evidently, a family member patrols the internet for him and frequently sends out messages dictated by Fabrikant, who is officially denied internet access, to the web. In addition, this ueber-creep maintains a voluminous website, which includes rants claiming that his murders were self defense (on the grounds that the university was trying to give him a fatal heart attack). He also boasts that he is so revered by his fellow prisoners that some have offered to kill his enemies when they are released.

The saddest note in the article is this:

Mark Hogben, whose father Michael was among those murdered by Fabrikant, says he was first made aware of Fabrikant's attention-seeking activities when he did an Internet search for his own last name and discovered a series of notes, written by Fabrikant, justifying himself. Hogben believes that a twisted few actually celebrate Fabrikant's actions.

Imagine sitting at your computer and finding recent screeds from the murderer of your father attacking his victim.

Hogben--like authorities from the Cowansville prison, Concordia University and Colba Internet provider--is resigned to Fabrikant continuing with his Internet activity.

Why? Convicted criminals are sent to prison as punishment, and part of what this means is that the most of the rights that we cherish become (at best) revokable privileges. I'm told that, at least in this country, a prisoner has no non-revokable right to talk to anybody but their attorney, and no such right to use the telephone at all.

Look, even if you are the sort of liberal who thinks that prisoners should have oodles of rights, you can think of this as a distributive justice issue. God-or-Nature, in Her inscrutable wisdom, decided to give this prisoner the brain of a genius, while giving the average prisoner the brain of a dimwit. Whatever the reasons for this in the infinite scheme of things, we shouldn't permit him to use this brain to communicate with the outside world on this massive scale, while the other prisoners are quite unable to do so.

Thanks for posting this. Ever since Fabrikant posted his comment I have been wondering how this was possible.

All I can think is that the Canadian system must be quite different from what we have here. I doubt that the US system would tolerate being flouted in this way by such a person.

You missed my followup letter to the Mirror chastising them for giving press to the killer. The reality is we can contain it on the internet, but every time there is an old media story about his postings, it gives him the publicity he desires.

Later in 2001, there was a whole slew of news stories from some crime victims group outraged about the posts, but that gave him the best coverage he had since the trial was over.

There has never been anything to indicate he has internet access from his cell. It's no longer even clear if his son is still doing the posting, certainly a few years back when I challenged him to stop being bullied and stop posting the messages of the killer, he claimed to not be the son.

The posts have dropped off quite a bit in recent years. Last year, they suddenly started again for a bit, and I wondered why. Then i read in the paper that his case for an early release had been heard, and been denied (the judge, like many before him, got tired of the killer and either said he shouldn't be allowed to try for early release again, or outright ruled that he couldn't (I can't remember the exact story)).

So it looked like there was a pause so he'd look to be on good behaviour, and
when that dried up, he went back to posting.

But it's only been sporadic since then. This week he made a post to the local newsgroup, the first time in months, so I wondered what triggered that.

So yes, someone must be doing searches and finding places to reply to, the newsgroups having faded unfortunately.

I found your comment doing a search, because I wondered if there was anything that had prompted the first posting in a long time.