Another Shooter, Another Argument 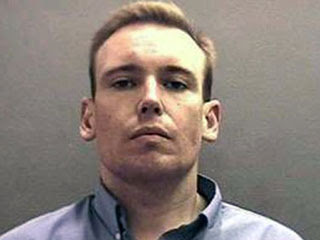 Here we go again. No sooner did another mad shooter open fire yesterday (this time at the Pentagon) than the familiar argument started up again. The left and the right are once again eager to prove that the latest psycho killer is from "the other side." Lefties are pointing out that the shooter "hated the government," and the righties are replying that the government he seems to have hated was that of G. W. Bush.

Isn't this an odd thing to be arguing about? Some rightists have even pointed out, as if it is significant, that Amy Bishop is a far leftist and, so they say, a Kool-Aid-quaffing Obama fan, though this obviously had nothing to do with her crimes. Why on Earth does anybody care about such things?

This is one of those discussions that make no sense as long as you suffer from the delusion that the subject-matter of all this talk is that portion of reality to which the words literally refer.

What we have here is not a case of what Glenn Loury calls "naive communication," where, as he puts it, "a speaker states literally all that he thinks, and/or an audience accepts his representations at face value." Rather it is a case of "strategic communication," in that it appears to be a literal discussion of the facts of reality but is in fact aimed at achieving ulterior objectives.

I think there at least two ulterior motives are involved here. One is a desire to smear the people on the "other side" as nasty and dangerous.

I think I see something particularly vicious behind this particular smear. I once hear a psychiatrist who worked with accused criminals (interviewing them to see if they are competent to stand trial, etc.) say that the minute he started to think one of his "patients" might momentarily become violent, he found himself "unable to hear" what the person was saying. I think we've all had experience of that state of mind, though not necessarily from the same cause. You can hear the person's words as sounds, but cannot decipher them as human speech.

If someone could put you in this state of mind via strategic discourse -- eg., convincing you that this is a violent sort of person -- it would be as if they have magically dehumanized them. The purpose of this strategy is, not to win an argument, but to rob the other side of their ability to speak and be heard.

The other ulterior motive i see behind this baffling talk is self-defense against the smear. "The killer is not one of us! He's one of them!" You try to deflect the smear back to the other side. Even if it is meant purely as self-defense, though, this move has the same effect as the original smear tactic. It makes it harder to hear the other side. So they have all the more reason to bat it back at you.

The result is a self-perpetuating spiral of self-serving talk.
Posted by Lester Hunt at 4:50 PM