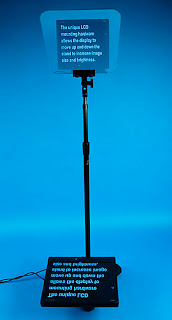 The most interesting thing about Obama's address to the youth of the nation tomorrow (Tuesday Sept. 8) is of course not the speech itself, which will no doubt be a soporific sermon about the importance of staying in school for the full twelve years of punishing boredom. Nor for that matter is it the rather creepy teaching materials propagated by the Dept. of Education (a government bureau that should not exist).

No, as others have pointed out, it is the strength of the public uproar the speech is provoking. Repeatedly, the administration has had to explain, reassure, modify, and generally respond to concerns that it found "silly" (their word). They are utterly mystified about the reasons for the furor.

Well, here I am to explain it.

This is a president who thinks he can switch at will, as suits his purposes, between two profoundly different roles: 1) president of all the people, and 2) head of an ideologically defined mass movement (his word) that is considerably smaller than the entire citizenry.

His attitude is Hey, I'm speaking in the president-of-all-the-people mode now! Can't you tell?

Sorry Mr. President. No can do. You don't have a light in your forehead that signals which mode you are in at the moment. The world does not work that way. You see, what's going to happen is that for some citizens you are stuck in the president mode and that's all they can see. (In some cases this is because they are members of your mass movement. In others, it is sheer blank ignorance.) For others you are stuck in the movement leader mode and that is all they can see.

And some of the latter group don't want this movement leader preaching to their kids. About anything.

Any questions?
Posted by Lester Hunt at 5:06 PM

I think you hit the nail on the head here, Lester. And even if Obama had been a lot more ideologically bland than he is, I think I would still be moderately annoyed that he even thinks he needs to make such a public speech. Why should kids care so much what a temporary government employee has to say to them? What has he accomplished? I understand that kids might be interested what the guys from Google have to say, or a sports star, or an astronaut. Who still thinks of government as glamorous or bureaucrats as people to emulate? I find this concept of talking to the kids as POTUS both patronizing and egotistical.

"This is a president who thinks he can switch at will, as suits his purposes, between two profoundly different roles: 1) president of all the people, and 2) head of an ideologically defined mass movement (his word) that is considerably smaller than the entire citizenry."

For good or ill, isn't that what every somewhat shrewd politician has attempted to do since the dawn of mass politics? Given that the populace is usually, for whatever reason, split, it seems the smoothest way to play the game; stoke the base, but don't go out of your way to offend your non-base (y'know, by cloaking things with formal rhetoric that espouses superficially populist ideas and what not).

Most presidents don't have the problem I am talking about because they are non-ideological. The only ideological president we have had since (and not including) Johnson, was Reagan. And as I point out in the post I link to in this one, Reagan never did anything that could possibly be interpreted as "calling out the revolutionalry cadre," or however you might want to put it. As I point out there, BHO has.

Most people don't know about that particular message, but many have noticed plenty of things from which they might draw the conclusion, "this guy represents a movement, and not the people as a whole -- and not me."

An ideological president is potentially an explosively divisive person. It takes some real artfulness to avoid it. Obama does not seem to be trying very hard at all.