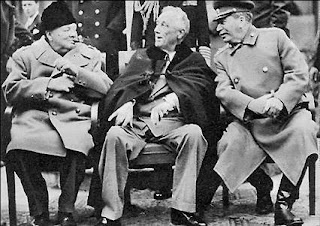 The latest bits of news in a seemingly endless flood: Obama, who I considered voting for when I thought he was the peace candidate, is sending 3,000 more troops to Afghanistan and Iraq; furthermore, he now supports extending key provisions in the Patriot Act. Verily, we are in the ninth year of the Bush administration.

In a brilliant essay in the forthcoming NYRB, Gary Wills asks a question that few on the left seem to be asking:

Some were dismayed to see how quickly the Obama people grabbed at the powers, the secrecy, the unaccountability that had led Bush into such opprobrium. ... A White House official told Jane Mayer of The New Yorker, [referring to Leon Panetta's transformation] “It’s like Invasion of the Body Snatchers.”

The question of course is What the Hell happened? Wills' answer, a mere 1,388 words, shifted my view of what sort of country America has become, and how it got that way. Maybe it will do so with yours as well. The core of his answer:

The momentum of accumulating powers in the executive is not easily reversed, checked, or even slowed. It was not created by the Bush administration. The whole history of America since World War II caused an inertial transfer of power toward the executive branch. The monopoly on use of nuclear weaponry, the cult of the commander in chief, the worldwide network of military bases to maintain nuclear alert and supremacy, the secret intelligence agencies, the entire national security state, the classification and clearance systems, the expansion of state secrets, the withholding of evidence and information, the permanent emergency that has melded World War II with the cold war and the cold war with the “war on terror”—all these make a vast and intricate structure that may not yield to effort at dismantling it. Sixty-eight straight years of war emergency powers (1941–2009) have made the abnormal normal, and constitutional diminishment the settled order.

When the book is finally written on the legacy of the New Deal and how it transformed America, a good half of it will have to deal with the beginnings of this vast National Security State. It has grown into a Death Star so vast it cannot be steered by any human agency on Earth -- certainly not the people, and not even the executive who nominally heads it (the "entangled giant" of Wills' title).

Obviously, the big question is: Is there any hope whatsoever of dismantling the Death Star? Wills merely vows to carry on the struggle without hope. I can think of one reason for hope, and I think it is a realistic one.

Eventually, the system will have to collapse under its own weight. The ever-escalating public debt, rising taxes, and inflation (soon to make a return appearance at a mall near you) that finance the national security state will eventually run out of resources to expropriate.

Of course, this is hardly a reason for hope by itself. If something this huge implodes, it takes plenty of other things with it. But I can imagine an intermediary position, between what we have now and complete collapse: a fiscal crisis in which it becomes obvious, even to the system's ever-increasing number of dependents, that it will collapse unless we cut costs drastically.

Then we may take a good look at the fact that our military establishment burns more wealth than those of all the rest of the world combined, and then take a look at whatever real military threats we face, and realize that the former is not a smart, focused response to the latter at all. Then congress may grow some huevos and begin a series of deep cuts in the military budget. That is probably the only way to begin to control it: just slowly starve the thing.

At that point, the only alternative to doing so will be a sort of collective suicide. It's not too much to hope that they will do the right thing, for once.
Posted by Lester Hunt at 4:00 AM

Chilling things to ponder. I wonder it it goes beyond just the military sphere. Nancy Pelosi said people were 'un-American' if they opposed federally-run health care. The government wants to own the entire moral sphere, not just trot out the ruse that they are protecting us from military harm. I think Obama is pretty creepy. BTW, a liberal neighbor of mine said yesterday that Obama did -not- screw up his oath of office at the inauguration, instead Roberts said the wrong text. I heard BHO make his oath and heard it again on YouTube - he screwed it up, he fumbled over the words. Am I confused, or is the left now attempting to re-write recent history?

I just looked at the swearing in on Youtube and it confirmed my earlier impression, which was that they both flubbed. First, Roberts replaced "of" with "to" in "President of the United States." Then, BHO paused at that point to give Roberts a chance to correct it (probably the best course of action). But next BHO transposed the position of "faithfully" in the same phrase when Roberts had gotten it right.

At least they both got the part about preserving, protecting, and defending the constitution right. (Heckuva lot of good that'll do us!)

But you can't tell (at least on the version I saw) whether he had his other hand behind his back with the fingers crossed.

The essay really highlights what kinds of temptations and perverse incentives await any president. I hope it can at least help dispel the naive hopes that begin with "if only we get the right guy (or party) elected..." No individual should have such power. And as little as I'd like to sympathize with politicians, I don't think individual should be expected to handle such temptations and incentives and do the right thing -- especially when you consider what kind of character traits it takes to get elected [insert Mencken quote here].

Yes, the "if only we get the right guy ..." idea is very hard to shake. It's probably rooted in a number of very primitive features of the human mind, including the urge toward hero-worship.

Dr Chalmers Johnson has been ahead of the curve on this for several years and has written quite a few books (The Sorrows of Empire, Blowback etc).
www.youtube.com/watch?v=sQi4-97GXrI
Even Prez Jimmy Carter who many on the right lambast held a degree in nuclear engineering from anapolis and served a naval commission. Like Obama he go elected on a left wing popularist swing and essentially set up Reagan's 80's move to the right. As Chalmers Johnson says, its an embedded military culture in our institutions of power which turns our political culture and debate into window dressing. Of course the corporate run media buys right into this so the whole thing works.

Thanks for the reminder. I've seen Johnson mentioned here and there but haven't read his stuff yet. I see that I should.