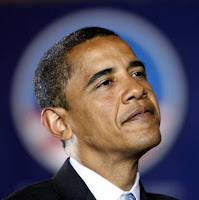 I've been lazy about following what the Democrats and the President are doing with "health care reform." I just watched Obama's big health care speech, hoping he would remedy my ignorance.

I thought there was a chance that he would do the FDR fireside chat thing, clearly explaining what is wrong and just how he will fix things.

From that point of view this hour was a complete waste of time. Here are my notes on what he said:

His plan will limit the amount the insurance companies can “force you” to pay (apparently referring to deductibles). You will be able to keep your own health insurance if you are insured.You will be able to keep it if you lose your job.If don’t have insurance, you will “be able” to get some. It will not increase deficits. 2/3 of cost will be paid for with waste removal, and with getting rid of some current health-related subsidies. The other one 1/3 will come from some undetermined source other than tax increases to the middle class and going further into debt. He mentioned raising taxes on people who make one million dollars a year. He accused an unnamed Republican of wanting to “break” him instead of seriously trying to reform the medical system. He also complained about something some other Republican said about him, I can't remember what. [BTW, shouldn't it be beneath the President's dignity to be whining about people criticizing him?].

In his opening remarks, that’s pretty much all he said.

He then answered ten questions (which gives you some idea how long his answers were).

To Jake Tapper’s question about what sacrifices we will have to make, he said that we will to give up paying for things that don’t make us better. The first example gave he gave was running new tests when you go to a new doctor instead of using the test your last doctor did because they don’t have a record of the old test. The other was that he will make doctors use the cheapest form of a given medication.

He twice mentioned that he inherited a deficit from Bush. And claimed that the “old policies” would have caused a bigger deficit than the enormous one that he contributed [no explanation of this stunning comment was offered, and the press did not question him about it].

All he did was to tell us what good effects the plan will have, and how it will have no costs at all for the overwhelming majority of Americans. Effects, not causes. This is exactly the sort of information we get when we watch TV commercials.

The trouble is that we don't need to know how most of the products advertised on TV work, while we do need to know the details about how this overhaul of the medical system is supposed to work. We need to know that in order to rationally evaluate what he is proposing. Basically, he is just saying "trust me, this will have only good effects, and on a massive scale, and will cost you nothing."

In my opinion, this shows contempt for the intelligence of his audience, for two reasons. First, he is simply not engaging our reason at all. He is merely making a sales pitch that assumes we will take his word for whatever he says. The other reason is of course that only an utter fool would believe in massive good health care effects that have zero costs (that can't be shoved onto rich people).

The only question remaining is whether the American people are sensible enough to realize that he has not told them anything that would pursuade a rational being. I think they are.
Posted by Lester Hunt at 8:00 PM

I agree with you, Lester, I think (and deeply HOPE) most people are not as idiotic as Obama seems to believe. This president continues to amaze me with his ever-expanding manifestations of naivety, Chicago bully tactics and somewhat narcissistic public humor. I think it's raising more and more red flags as he keeps trying to rush this 1000+ page piece of horseshi, I mean, legislation, through Congress before August. Apparently Congress will be exempt from this public option - they should be the first ones to have to adopt it, the test case. Obama and too many others in politics are economic and business illiterates. It's really hard to imagine how they come up with this stuff, otherwise.

"The only question remaining is whether the American people are sensible enough to realize that he has not told them anything that would pursuade a rational being. I think they are."

I tend to agree. But while most Americans might realize that Obama hasn't made a persuasive argument that the government can achieve these goals, it leaves open the possibility that many (most? enough?) Americans nonetheless have faith that the government CAN achieve these goals, and that an argument COULD be made. (Or perhaps it's just faith that Obama can achieve anything and no argument needs to be made.) To what extent this is actually true of the American public is, of course, an empirical question about which I don't pretend to have an answer, although my gut feeling isn't extremely optimistic.

One reason for guarded optimism, at least on this particular issue, is the well-known fact that the poll numbers for the administrations health care plan have been sliding like a glacier over recent weeks and months. Most Americans have day jobs and like me have been paying attention to other things, but as we gradually learn more and more about this plan, we like it less and less. Obama's alleged silver-tongued eloquence (to which I seem to be tone deaf, BTW) can't turn this sow's ear into a silk purse.

I think this is turning into a medicare program for people under 62. The chief problem with medicare is waste and corruption which is worse than private insurance fraud. But Obama is selling the idea that the gov't as a new "player" in the "Under 62er" market will make the private insurers "more honest" reminds me of a Rahm-Obama Chicago Ninth Ward version of Woody Allen's Mid Summer's Night Sex Dream.

In all honesty many feel that we as a member of the civilized nations club need to extend health care to all citizens ala Canada and Europe has its merits. Except for time of war and national elections, I feel we are no longer a united nation but a diverse market for banks and oligarchs. The free marketers themselves often have their Barack moments as well.

BTW when the Cambridge police encountered Professor Gates they asked him to prove who he was by showing them his birth certificate.