Sarah: A Duty to Serve? 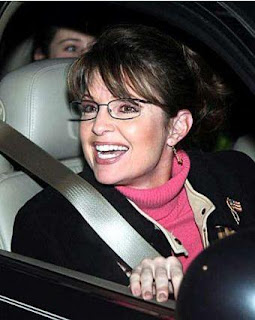 If Sarah Palin thinks she can avoid "political blood sport" by resigning as governor of Alaska, she's got another think coming. The knives will stay out until she is no threat to Obama or anyone else in the political establishment.

One of the many negative things that have been said about her in the last 24 hrs. seems pretty silly to me. Several people, including Sen. Karen Murakowsky and the Democratic National Committee, have said in effect that it is morally wrong of her to resign and so "abandon the people of Alaska." After all, the voters commanded her to serve one full term, so she has to do it.

In the first place, these are people who feared and hated her. Their pretense at being upset that she is leaving is pretty funny. I hereby nominate them for the Louis Renault Memorial Award.

But the main point is this: Once upon a time there was a group of people who had a duty to labor for others. They were called slaves. Today, most Americans have a work arrangement called "employment at will," which means that either employer or employee can terminate their relationship at any time and without cause. Some people think employers should have fewer rights than this, that it should be harder to fire people. Nobody thinks employees should have fewer rights, that it should be harder to quit. Why not? Well, why are you against slavery? Some of the same reasons apply here.

Maybe the idea -- if there really is an idea here -- is that it's different if your employer is "the people." Vox populi, vox dei. But I don't think the people rule by divine right, any more than Louis XIV did. The people are just that -- people, like any other employer.

Added later: In my amateur opinion, the best discussion I've seen for Palin's decision to quit is here. I'll give you a clue: if this analysis is correct, then it may be impossible for outsiders to break into the political establishment unless either a) they arouse no strong hostility in insiders and their dependents, or b) they are wealthy. In other words, we are doomed.
Posted by Lester Hunt at 10:35 AM

She's no outsider. From Peggy Noonan in the WSJ:

""The elites hate her." The elites made her. It was the elites of the party, the McCain campaign and the conservative media that picked her and pushed her. The base barely knew who she was. It was the elites, from party operatives to public intellectuals, who advanced her and attacked those who said she lacked heft. She is a complete elite confection. She might as well have been a bonbon."

{Let me preface this by saying that I did not vote for her and never will -- mainly because I disagree with her about too many things. Anyway...)

McCain's picking her (which he no doubt regrets) was one event. The incredible stream of vituperation against her from spokespeople for the establishment, and the fifteen "ethics" charges (resulting, to date, in $1/2 million in lawyers' fees, which she owes personally) seem far more indicative of what the establishment and its operatives and dependents think of her.