The Irvine Muslim Student's Union and the Heckler's Veto 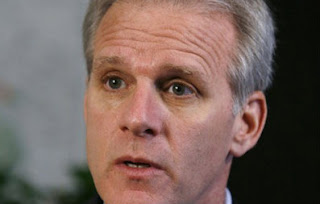 According to this news story, officials at the U. C. Irvine have recommended that the university's Muslim Students Union be suspended for a year and placed on probation for a year after that. The reason:

The school revealed this week that it had recommended suspending the Muslim group after 11 students were arrested in February for repeatedly disrupting a speech by Israeli Ambassador Michael Oren [pictured here], who was repeatedly interrupted and called "murderer" and "war criminal" by pro-Palestinian students as he gave a talk on the Middle East peace process.

An editorial in the L. A. Times described the incident like this:

Oren had been invited to deliver an address on U.S.-Israeli relations. But each time he tried to speak, he was interrupted by students who stood up to shout anti- Israel slogans. ... According to a university report released Monday, e-mails intercepted from members of the Muslim Student Union showed that it had not only planned the protest, but that its members had also subsequently conspired to deny the group's involvement. It was the group's alleged fabrications, along with its disruption of university activities, that prompted the suspension recommendation.

What interests me is comments people have made that suggest that these students were merely exercising their free speech rights. The above-linked news story quotes an "attorney and activist" speaking for the MSU, who

declined to say whether legal action is being planned in the event of an unsuccessful appeal. But she said students were "outraged" and "disappointed" with the university's decision. "It's unprecedented a university would ever do this," she said, adding that the suspension would "create a really dangerous precedent for shutting down dissent."

The Times, in defending the U's decision said that the MSU's "members need to learn that their freedom of speech does not trump that of other people."

This expresses the same idea from the opposite side: yes, the hecklers were exercising free speech, but their speech is not more important than that of the speaker.

As a free speech absolutist, and someone who does not believe in conflicts of (genuine) rights, I have always found the "heckler's veto" troubling. Isn't the heckler just exercising his or her free speech? And if I favor coercively stopping them from doing so, am I not opposing free speech in one of its forms?

Here's the best answer I've come up with so far.

No and no. The reason is that the heckler's offense in these cases is not speech at all. Note that we're not talking about someone who yells an objection during a speech ("You lie!"). That may be rude, but that sort of heckler should not be gagged, cuffed, or dragged from the hall. We're talking disrupting, not interrupting: ie., hecklers who by shouting repeatedly or by drowning the speaker out make it impossible for them to be heard.

It's true that the vetoing heckler is doing what they do by speaking, but their speech has this effect, not as speech, but as noise. The same effect can be accomplished by blowing plastic horns like the ones that caused so much unpleasantness at the World Cup games.

I once heard black conservative Ward Connerly drowned out here at the University of Wisconsin by leftist students in the audience making a loud humming sound. Wasn't that the same thing? Was that speech?

The same point can be made about the supposed counterexample of yelling "fire" in a crowded theater. ("See? There are exceptions to the freedom speech!") The offense here is intentionally or negligently bringing about a dangerous stampede by causing a panic." In this case the cause happens to be brought about by speech, but the same effect can be caused by setting off a fire alarm or igniting a smoke bomb.

On the other hand, someone who offers historical arguments that the Holocaust never happened, or scriptural arguments that homosexuality is evil, is doing something that can only be done by means of human speech. That is one reason why what they are doing is free speech, while the heckler's veto is not.
Posted by Lester Hunt at 9:19 AM

Very interesting argument. Never really thought about it this way, but I suppose it makes sense.
Suppose, however, that we expand those rights to the freedom of expression. Is heckling, or humming, or any other type of noise, not a form of expression, even if it is done without meaningful speech?

I like your distinction between speech and mere noise, although describing (defining?) the former as "something that can only be done by means of human speech" might be too narrow, as it seems to disallow expression in the form of, say, visual art.

Another way to look at it is to invoke the Rothbardian explanation of why we don't necessarily have the right to yell "fire!" in a crowded theatre. It't not about speech rights, but property rights. The one shouting "fire!" is presumably violating the rules of the theatre, thus giving the theatre's owner a good reason to throw him out. In the heckler's case, any venue where some form of speech or discourse takes place might have rules against disruptive behavior, thus giving the venue's owner good reason to throw him out. This would have nothing to do with trying to silence speech or expression, but enforcing the rules set by the owner of a given piece of property. One can be an absolutist about free speech rights while maintaining that these rights don't entail the right to a soapbox. And hecklers don't have the right to heckle on someone else's property.

Of course, things get complicated in light of the fact that the incident took place on the campus of a public university (not to mention the fact that lots of speech takes place in publicly owned places). But there's no reason even publicly owned venues will have similar rules against disruptive behavior.

And yes, those horns in no way enhance the experience of watching World Cup soccer.

I think the simplest answer to your question would be to give a modified version of my earlier argument. Though it's true that the MSU members were expressing their anger when they yelled, repeatedly, that Oren is a murderer and war criminal, that isn't the offense for which they were removed from the hall. The issue here isn't about speech, and it isn't about expression either. There are all sorts of ways they can express the same anger without disrupting the event that others have come to hear.

I like the property rights -- or maybe its better to think of it as contractualist -- argument as well. There is a defeasible presumption that we are going into the hall to hear a speech by Oren and not to hear screaming students instead of the speech. The reason I didn't go with it is that this happened at a university, and universities have a distinct function or mission, in which speech and the freedom thereof has a very special place. So there is a big issue about what the presumption ought to be. Aren't we for absolute free speech here at the U? Isn't that what the MSU is exercising? This is the idea that the defender of the MSU in the story was relying on, I think.

I tend to think that speech is an act uniquely human in that it requires reason and the aspiration to communicate (by which I mean connect or form a bond--or, to form a community in a literal sense of the word). This is an Aristotelian formulation, but still I am taken with it. A heckler's veto does not contain reason or communication in the same way a spoiled sever year-old putting his fingers in his ears and singing to prevent hearing his parents is speech either.