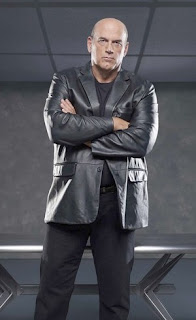 Wednesday I watched the first episode of this show, which attracted a phenomenal 1.6 million viewers.

I was very disappointed. The thesis of the episode was that the American military has a mysterious* scientific program in remote Alaska, called HAARP, that might involve research into ways to cause disastrous storms, or possibly earth quakes, or might be a way to "knock planes out of the sky," or (who knows?) may involve the production of mind-control rays. Ventura only presents "evidence" in favor of these ideas, and never interviews a single skeptic.

This is not modern journalism as we know it in the civilized world. It was more like a lawyer's brief for one side of a case (and a rather silly case at that). In a court of law, there is nothing wrong with that, as there is another skilled presenter in the room whose job it is to give an equally one-sided argument for the opposite side of the case. In the clash of arguments, we can hope, the truth will come out. Here there is no clash, only goofball paranoia.

Not so long ago, I had some hope that Ventura might be some sort of useful contrarian voice speaking in opposition to government power. It now looks like he is simply becoming another nut job.

Ventura is a 9/11 truther, so I'm unsurprised that he embraces conspiracy theories.

Your report on this show makes me glad that I cancelled my DirectTV supscription on June 8 of this year. In my own small way, I'm happy I'm no longer supporting any of the dreck on TV. It's pernicious garbage.

I used to watch Ellie Krieger's nutrition-themed cooking show on the Food Network but they moved it to 7:30 am Saturdays(I guess that was her punishment for being healthy) -- and now it's on hiatus!

Merry Christmas to you to!