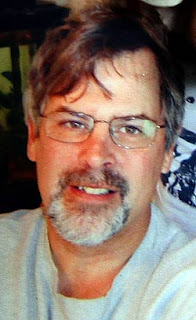 What did the captain and crew of the Maersk Alabama have in common with the victims of the Binghamton murders?

Both were unarmed and defenseless against evil.

In the Binghamton case, this probably had to do with the fact that government offices, such as immigration services centers, tend to be no-gun zones. In the case of the commercial ship, the reasons are more complex.

Jane Jacobs told a story in a brilliant book years ago that is very much to the point here. During the Middle Ages, she says, the rising merchant class of the island nation of England found that to really prosper they had to cross the seas to conduct trade in other lands. But the seas were swarming with pirates, and they lost ships and treasure. But they found a solution. Pooling their resources, they built a flotilla of armed ships. Then they gave the ships as a gift to the king, with the request that his men go out and clear the seas of pirates.

Why, having the resources and the ships, didn't they themselves go out and kick pirate butt?

There are at least two sorts of reasons. First, trading and fighting force with force are two very different skill sets. The solution to the problem of the Maersk Alabama is not to say to the crew, "Here, have some guns!" They are not trained in their safe and effective use. There are indeed a number of reasons why they don't want to be so trained.

As Jacobs points out, traders and professionals in the use of deadly force follow moral codes that are profoundly different, and they generally do not mix very well. Trade is based on on a respect for human rights -- the main ones involved admittedly are property rights, but they are rights nonetheless. To trade valuable goods with a complete stranger who is armed would mean worrying about whether he might just kill you and take your goods for free. If the Maersk Alabama had been armed, there are ports in the world that would not have allowed it to dock. Its mere presence would constitute a security risk.

What is the alternative to do-it-yourself security? There are plenty of people who are saying that the only long-range solution is to go in and "fix" Somalia. I think these are the same people who "fixed" Iraq, Afganistan, and Vietnam. Remember them? I think such people are much more dangerous than the pirates. If they have their way, they will take far more lives and destroy far more treasure. Come to think of it, they already have.

But there is a third way. For a fee, private firms who specialize in protective services, will protect your ship. Depending on the policy you purchase, they may put armed guards on your ship or, if for any number of reasons you don't want to do that, you can take out a fancier and more expensive policy and they will escort you with a convoy of armed boats through pirate infested waters. The latter sort of policy would solve the unable-to-dock problem. You can rendezvous with your guard boats at a pre-arranged point and part with them after passing through the dangerous waters, at which point their check will presumably be in the mail.

Like everything else in life, the third-party security alternative has both positive and negative aspects. But with time it may prove far preferrable to both alternatives: either continuing to count ransom and pirate violence as an expense of doing business, or allowing liberal imperialism to shove us into yet another political black hole in the Middle East.

Here is an article in Politico about Rep. Paul's proposal.
Posted by Lester Hunt at 1:13 PM

Send in the Navy? It seems a pretty expensive way to stop pirates, and I am not too sure if this is how the U.S. Navy is supposed to be used. It probably cost millions just to get the boat and crew to the area. We have an American journalist detained in Iran right now what is preventing us from using force here too?

Imperialists are like socialists: eventually, they run out of other peoples' money.

Money is something I know a bit about, and the U.S. will never run out. The Federal Reserve is now monetizing long-term Treasury debt, and they are now printing (electronically) to buy all sorts of crazy things (CDOs, CMBs, and other "toxic stuff") why not order the Federal Reserve to simply monetize bills from the armed forces. That said, and off the subject a bit, let's hope the armed forces don't do an about face with their weapons and point them inward instead of outward when the endgame is realized - A worthless paper currency.

If you want to call those paper tickets the government prints "money," then of course they can always print more. But isn't destroying the value of those tickets one way of running out of other people's money? In fact, the most likely way?

I was being hyperbolic. To be fair, many things can be money, inlcuding shells, beads, baseball cards, and cigarettes. My real point is the printing money without limit is a form of theft, and cannot go on for ever. They are robbing everyone who holds wealth in the form of their currency. Ultimately, the currency virtually loses its value, which is a way of running out of money to steal. In fact, realistically, it is the way it is most likely to happen. Call it "going Zimbabwe."

I thought there was relatively little of our money in printed currency. Isn't money loaned into existence?

Yes, the conundrum of our currency is that if all debts are paid, no currency will exist. A peculiar system to say the least. Lester, you run a great blog here, keep up the good work. It is interesting to read the bearishness on the economy on this site. Only very, very smart people express bearish positions. Keep in mind, that bearish opinions tell you more about the person than the future.

Reality and Philosophy clash once again. Make sure you read the text too.

This is a type of case that Locke discusses (Sects. 17 & 18, 2nd Treatise). You have a right to shoot to kill as long as a robber is threatening you with deadly force, but not if the robber is running away. The difference: in the former case you are defending innocent life, in the latter you are (at best) only trying to get your property back. He thought this is sound natural law, and it is the law of the land here in the US as well.

Well, I concur. I don't agree.Repelling boarders pretty clearly falls under Locke's first case, and should not be construed as "the profession of deadly arms." Even domestic law assumes a primary responsibility for self-defense (under the first case, of course), and if the rest of the world refuses harbor to a vessel with the means for that aboard, we need Bolton at the UN. When did ships cease to have an arms locker? I can't see Edward G. Robinson sailing under that encumbrance. There's a flaw somewhere in sea-law doctrine.

That ranted, fire departments were established first by insurance companies--although the prospect of out-of-work firemen committing arson (yes, I've seen it) seems more remote than a peace dividend crime-wave by laid-off mercenaries. That happens too.

While we dither over whether letters of marque conform with UNCLOS, we might spend a thought on other disused legalisms: definition of "hostile waters," for instance, or that old bugaboo, the declaration of war.