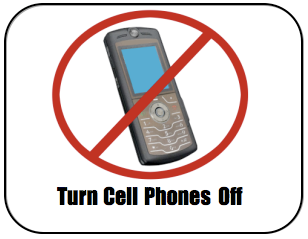 Whenever there is no absolute necessity, whenever legislation may fail to intervene without society being overthrown, whenever, finally it is a question merely of some hypothetical improvement, the law must abstain, leave things alone, and keep quiet.
-- Benjamin Constant

An interesting issue came up un 2 Blowhards lately. Starting Tuesday, all cell phone use while driving will be prohibited in the state of Washington (except in emergencies). As explained here, there are now five states that have such prohibitions: including, in addition to Washington, California (of course!), Connecticut (no surprise there!), New Jersey (ha!), and New York (need I say more?). [In case one of these states might want to change its official nickname to "The Busybody State," I hereby offer the idea as a gift.]

As Donald Pittenger Blowhard asks, is talking on the cell phone that much more dangerous than talking to a person in the car? Should that be prohibited too? More generally, are we prohibiting this driving practice while permitting others that are equally or more hazardous to others?

The answer to the last question is surely "yes." In 1965 my mother's parked Corvair Monza was totaled by a passing driver who at the time was tuning her radio. Which of course was perfectly legal. Okay, that's one anecdote, but it says here that an NHTSA study indicated that manually dialing a cell phone (presumably much more dangerous than talking on one) is about as hazardous as eating or grooming. (Grooming would presumably include, eg., combing one's hair, brushing one's teeth, and shaving with a battery razor, all of which activities I have observed on the road.) What's most remarkable is that all three of these activities were found to be less hazardous than changing CDs in the car CD player. The NHTSA apparently classifies CD-changing, in degree of distractingness, with reading. (I once had a friend who would read novels while driving long boring stretches of South Dakota freeway, but I suppose they mean things like reading written directions or looking at a map.)

It is very obvious that talking on the cell phone while driving (excluding manually dialing it yourself) is less dangerous than an abundance of other activities that are at least as hazardous to others but are legally permitted. These likely include such things as eating, shaving, brushing one's teeth, reading, and CD changing. Surely, the only reason it is being banned is a combination of three factors: 1) it is easy to see people talking on the phone, and partly for this reason 2) it constantly pisses people off, and 3) pissed-off people vote.

An enormous number of things we do are hazardous in one way or another. Yes, it is legitimate to prohibit activities that are excessively hazardous. But there is no really reliable method for figuring what is excessive and what is not. Consequently, a sort of moral black hole opens ahead of us. Political reactions to risk are often over-reactions, resulting in resentment from people who want to do the risky activities. And resentment leads to retaliation. Alright, then I'll just prohibit your risky activity, Killjoy!

Partial solution: call it the "live and let live rule."* Tolerate marginally risky activities when this is part of a pattern of tolerance from which you benefit.