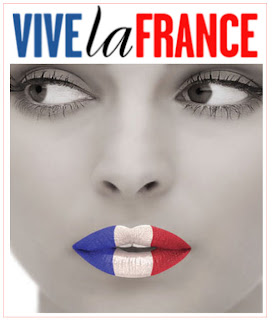 This story is a real clash of cultures. Most commentators are seeing it as a clash between Islamic values and liberal European ones. I see it as an example of a more vicious and intractable sort of clash: the eternal conflict between people who want to cram their values down the throats of others, and the rest of us. It might not be so obvious that this is what is going on because the value being thus crammed is currently mislabeled "liberty."

A man and a woman (henceforth Mr. X and Ms. Y) sought a marriage annulment in a French court. The desire was mutual. They also agreed on the grounds: before the marriage, Y had assured X that she was a virgin, but on the wedding night she admitted that she had lied. (X and Y are both Muslims, he an engineer and she a university student.) The judge granted the annulment on the grounds given: misrepresentation. Thus he was treating the marriage like any other contract: a mutual, conditional, agreement between free individuals.

The decision, as you may know, has enraged a stampeding herd of talking heads. "Ironically," conservatives and feminists are united in their rage at this brave judge. (I'm just kidding about the irony of course. That kind of conservative and that kind of feminist are often working the same side of the street.)

[Disclaimer: I have never had sex with a virgin and intend to avoid doing so for the rest of my life. Why someone would want to have sex with a completely inexperienced partner is literally beyond my comprehension. Obviously, the distance between Mr. X's values and mine is to be measured in light years. In a way, that is my point: how can such different people live together in peace in the same legal system? To see part of the answer, read on!]

What are the talking heads so mad about? The main idea was expressed by the French bureaucrat who said that the court decision "is a real fatwa against the emancipation and liberty of women."

This is a very different view of liberty from mine. Clearly what the bureaucrat is thinking is that Ms. Y's liberty should be preserved, though at the expense of Mr. X. Sure, he doesn't want to be stuck in a relationship he entered under false pretenses. He want's the easy exit of annulment rather than the messy one of divorce. But that's just too bad. Ms. Y needs to be protected against the patriarchal double standard value system that says that a bride must be a virgin while a husband need not be.

I would argue that these conservatives and pseudo-feminists are threatening to coerce both Mr. X and Ms. Y. After all, she wants the annulment too. She does not want the slower, more public, and thus more humiliating process of a divorce. And she has said so, eloquently.

More importantly, if the law does not allow annulment on these grounds, it is not treating Ms. Y as a free and responsible adult. Presumably, these "feminists" would not mind allowing an annulment if Mr. X had misrepresented himself in some way that was important to Y. Oh, but that's different. After all, he's a man, and doesn't have to be protected against oppressive value systems that he foolishly has bought into -- that is the position of Ms. Y. Isn't it obvious how this sort of feminism shows contempt for the promises, commitments, and therefore the choices of the woman in this case? She's a woman, so when she promises something, it doesn't count. This is the sort of feminism that women can really do without. Further, Ms. Y has made it clear she does not want the "help" these people. As she told an interviewer, "I don't know who's trying to think in my place. I didn't ask for anything."

The killer premise that underlies this contempt is the idea that true freedom, at least for women, means being protected against oppressive value systems, especially value systems that they accept. To this end, the institution of marriage has to have certain values -- the right values -- built into it. Values like equality.

That of course is the conservative view of marriage as well, but with different values built in. Marriage is between a man and a woman. ... marriage must be egalitarian and non-oppressive ... and in both cases, whether you want it or not.

I say that in a truly free society, marriage would simply be a contract. This would make it infinitely adaptable to different value systems. If you want gay marriage, you can have it. If you want a marriage based on strange, kinky preferences like virginity and chastity, you can build an institution to suit yourself. The possibilities, of course, are considerably wider than that. When we are strong enough to grant such freedom to each other, we will have it ourselves.
Posted by Lester Hunt at 7:53 AM

Aha, Lester! I return after a long absence and find that you and I were thinking of the same thing.

There is a saying in Urdu (a language spoken mainly by north Indian and Pakistani Muslims): "Mian Bibi razi, to kya karega Kazi?" which translates as: If the bride and the groom agree, the judge has little to say on conjugal matters. I have few problems with your energetic defense of the contract between two adults. It really should not be our or the French liberals' concern.

My concern however runs a bit deeper than the mere breach of conduct in this case. What often appears to be voluntary, is sometimes not so voluntary when you scratch below the surface a bit. Take for example, the case of female feticide in India. India allows legal abortions with certain restrictions. Yet, the indiscriminate and repeated abortion of female fetuses has been banned by the government. A contradiction, no? Not if one considers the alarming effect this practise is having on the natural male:female ratio in India. Why then not ban all abortions? Well, then you are slamming the door on the reproductive choices (sometimes their only one) of many women who are poor and whose husbands refuse to participate in birth control efforts. Also, in a conservative society like India, an unexpected pregnancy for an unmarried woman can have far reaching negative consequences, including death in the hands of her "dishonored" family. So a measure which on the one hand grants some autonomy to "live" women, is also proving to be a disaster for the unborn ones. The mothers who are practising female feticide are themselves females and for all practical purposes of law, are doing so "voluntarily." But a society whose psyche is heavily skewed to value a male child and treat the female ones as burdens, how voluntary is that action in the final analysis?

Similarly with this virgin bride issue. I don't think the feminists are up in arms simply because the marriage was annulled. I think they fear the underlying culture that led the girl to lie in the first place. If a Muslim girl in Europe wants to get married, 99 times out of 100, the choice of groom is likely to be a Muslim man from her own community. But that man (and his family) are also likely 99 out of 100 times to demand a "pure" bride, no matter how many wild oats the groom himself may have sown. Of course, the girl has the choice not to marry. But seriously, you don't really think, do you, that it is a viable choice for a poorly educated working class immigrant woman in a society where she is already a second class citizen? Should such sexist demands be tolerated where the national law or culture does not require the same standards from non-Muslim girls? What if a really obscure immigrant culture has a custom that calls for women to have small feet kept small by binding them in infancy, necks elongated by metal rings or acquire painful and decorative tattoos in order to be deemed desirable, should society at large tolerate subjecting little girls to those treatments?

I think what makes some nervous about such implicit "contracts" is that the overwhelming burden of proof and fidelity is on only one of the parties. Perhaps the men in these communities need to recognize that once they leave their restrictive societies to go seek monetary fortunes in freer ones where a woman is not devalued for the lack of hymen, they have to forgo some of their ancestral manly pride and learn to value their women by different standards. I know it is a tricky thing - the fine line between personal (or conjugal) autonomy and discrimination based on gender, race or other inherited attributes. Otherwise the women are faced not just with having to suppress their natural instincts and passions but also undergo the dual humiliation of pretending to be what they are not.

I hope you are staying dry in the flooded midwest.