AIDS: The Pandemic that Never Was 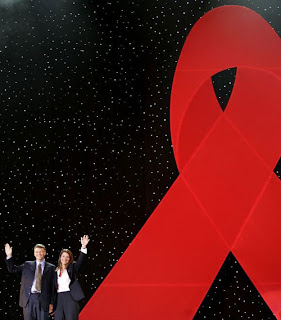 Dr. Kevin De Cock, head of the WHO's AIDS Bureau (or whatever it is called) tossed a fossilized bombshell last week when he announced that "the threat" of a world pandemic of heterosexual AIDS "is over" (such is the wording used in reporting the announcement by the UK's left-of-center The Independent). Unless you are a gay man, a needle-sharing drug user, a sex worker, or live in sub-Saharan Africa, your chances of getting the disease are virtually zip.* What really bothers me about this is that, as pointed out by Brendan O'Neill (hat-tip to Arts and Letters Daily), this was known long ago. Science journalist Michael Fumento published The Myth of Heterosexual AIDS in 1990. O'Neill mentions a friend of his, a doctor, who had written to the same effect two years before. Twenty years ago!

Some people are saying how odd it is that the truth was there in plain sight for so long and we just didn't see it. Nonsense. As the comments on the O'Neill piece indicate, some people did see it, but were subjected to threats and character assassination for saying what they saw. This is not a case of passive ignorance, but of active suppression of the truth.

Why did such a big lie last for so long? I think the main reason was that it was a lie upon which the interests of three main factions of those who rule us converged. Some conservatives had a reason to like it because it encouraged people to see their own sexuality as a destructive force, which was the traditional, orthodox Christian view for two millennia. Environmentalists had reason to like it because it encouraged people to wear condoms, thus reducing the rate at which they produce new people. And ditto for left-liberals, at least the ones who assume that people will not spend enough money fighting AIDS unless they think it is a dire threat to themselves. ... and who assume, in leftie fashion, that it is their job to decide what "enough money" means, the actual owners of the money existing as mere means to their noble ends.

The only "threat" of heterosexual AIDS that ever existed was the reign of fear that was inflicted on us by people in positions like that of Dr. De Cock himself -- that is, by activists, officials in governmental and quasi-governmental bureaus, and other so-called authority figures.

So what was wrong with that, as long as it was for a noble end, you may ask? Well, aside from the fact that it was cynical, arrogant, and cruel, it probably resulted in the misallocation of charitable donations. As mentioned in the Independent article, it meant spending millions to teach London school children who are not at risk that they should use condoms, while people are dying by thousands upon thousands in Africa.

This sort of lying is a power-trip on the part of people who feel invulnerable. They think their actions will only have the consequences that they themselves intend. Of course, they won't.

But isn't that always true? Why not just tell the noblest lie you can, and hope for the best? "Where's the scandal?" as Dr. De Cock asks in a related context.

Here's the scandal, Dr. De Cock, and all you other would-be World-Manipulators: if you tell a lie to manipulate people to your own ends, and your lie causes people to die who would have lived, then you are to blame for their deaths. If you tell the truth and people die anyway, that is a tragedy, but at least you are not morally responsible for it. You are at least not a murderer.

In case this conception of moral responsibility is too abstruse for you, here is a utilitarian argument inspired by John Stuart Mill: If you feed false information into the public debate on an issue, you will in the long run bias the mechanism of debate in the direction of wrong results. Garbage in, garbage out. You may think you know how the mechanism works, so that you can manipulate it like a mere tool, but you can't. The mechanism is a truth-discovery device, and to manipulate it as if you already know the truth is a fundamental mistake. If you really care about justice and humanity, you should take the most scrupulous pains to be truthful.
____________________________
*Added Later: Since then, Dr. De Cock has backpedalled somewhat on this statement. Fossilized or not, it seems the bombshell must have detonated and someone read him the riot act. ... Finally, let me point out that I got all the way through this post without making any jokes about Dr. De Cock's name. Whew! But my hands are still shaking from the strain. I think I need a drink.
Posted by Lester Hunt at 9:47 PM

You are joined in your feelings...

For some reason, your whole URL did not come through:

Please note that I am not taking a position on whether HIV causes AIDS, or any other issue regarding the disease, nor am I denying that it is the worst infectious disease public health problem in the world today.

Salud Lester! We like your blog. As to you response, we can only say, maybe you should look into the matter further. (You're about halfway there anyway).

So, start reading! You've got great taste, as far as your blog reading list goes.

Think Spinoza, or Descartes... or maybe Schopenhauer? But do some reading as to how this farce has been maintained, and you'll find bigger farces, as you descend.