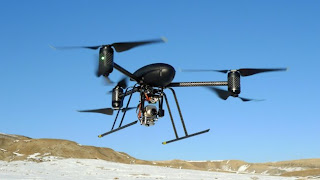 Recording sound and video from the vantage of a residential window ledge is treated as criminal when done by a civilian. We are looking at something that potentially carries information-gathering capacity of the police way beyond what is supported by helicopters and planes.
There are clearly forms of surveillance that are okay. Though some object to them, I don't mind fixed recording cameras at busy intersections and turnpike tollbooths. I am glad that they have helped in the apprehension of vicious criminals and have documented police brutality as well.
Is there a principled line to draw here?
As we ordinarily understand it, the right to privacy is very flexible: it is easy to give up. At the moment I am putting on my necktie tomorrow morning, I will have a right, good against everyone in the world, that the not see my tie. As soon as I open the front door and step out onto a public sidewalk, I have given up that right.
A legal phrase you often see here is "reasonable expectation of privacy." I don't have a reasonable expectation of privacy in a busy intersection, which is why both private citizens and government officials may observe and even photograph me there.
If the system gives the cops the right to freely use these drones, as it has allowed them to freely use military-style armor and weapons and freely administer devastating electric shocks in the field, then the area of your life with a reasonable expectation of privacy will shrink and, with it, your right to privacy may be greatly constricted.
Unless people make an effort to stop it, this is most likely what will happen.
In current law, the cops may search your home without a warrant if evidence of a crime is "in plain view," and "plain view" includes seeing it (for instance, a marijuana plant in your back yard) from an airplane or helicopter. Shall we extend that to include seeing it via one of those hummingbird drones buzzing around in your yard? If we do, there will be a lot more things they can do do you without convincing a judge that they have probable cause, and without getting your permission.
Posted by Lester Hunt at 12:04 PM

George Orwell was waaaay too prophetic. I have argued civil rights to my children, and friends, they surely think I am a looney-tune.

I hope the day never comes that gives me the chance to say "I told you so!".

Me too! There are some things you'd rather be wrong about.

But if you are not doing anything wrong you have nothing to worry about! :)