Top Five Reasons Not to Write a Nasty Obit 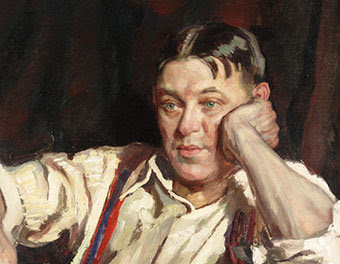 De mortuis nil nisi bonum. The idea is so old its classic expression is in Latin: Speak no ill of the dead. After Andrew Breitbart's sudden death at the shockingly young age of 43 has provoked a chorus of nasty tweets and blog posts from the left, a lot of folks are rethinking this ancient aphorism.
I've never been quite sure what to think of the practice. H. L. Mencken, one of my heroes, wrote an obit of William Jennings Bryan that was so brilliantly vicious that, according to legend, a colleague thought HLM didn't realize that Bryan was dead (I guess he missed the memorable first sentence of the piece). I could be accused of having committed a similar sort of offense when Ted Kennedy died (though in my defense I was really objecting to the way the whole country was going way too far in the other direction - adulation for a "lion" who was obviously a seriously flawed person). (See also this.)
For the moment I'm leaning slightly toward the nihil nisi crowd -- though not out of fondness for Breitbart, whom I came to regard, after the Sherrod affair, as a polluter of the civil forum.
1. Respect for the family and friends of the deceased. Someone might well be hurt by what you say. I found this writer's apologies to AB's family for his harsh word-choice actually quite touching -- and probably appropriate.
2. Don't kick them when they are down. Until moments ago, you were carrying on a spirited argument with someone who made you angry. Suddenly they have been silenced and can't answer you. It feels unfair. Later, when you discuss them as someone who receding into history, that is a different dialogue, with a different tone. Take some time to calm down and switch gears. If all you are going to do is continue the screaming match in a one-sided fashion, maybe you should consider silence.
3. You won. Death after all is a sort of defeat, and you're still here. Maybe you should show some magnanimity.
4. Concern for your own reputation. By kicking a warm body you make yourself look petty and vindictive.
5. Respect for the awful mystery of death itself. Death puts things into perspective, and here you are showing a complete lack thereof. Try growing up a little.
Of course, none of these considerations amounts to an absolute prohibition. Let your conscience, your taste, and your concern for the feelings of others be your guide.
Posted by Lester Hunt at 11:33 AM

You may have already seen this, which is on point and on the other side:

Personally I loved Hitchens too well to not forgive him his indiscretions. I think all your points are well taken.

Yes, I did see that. It was great. There's only one Glenn Greenwald.

Keep up the good work.