Who is Barack Obama? 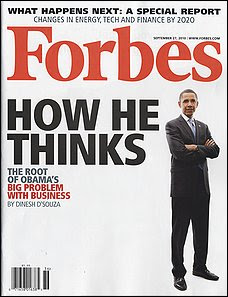 Dinesh D'Souza has written an article that has a lot of people practically screaming with rage. It purports to explain the inner workings of Obama's mind. Here is a sensible account of some of the reaction. The basic idea is that BHO is channeling his father's "anti-colonial" conviction that the rich and prosperous of the world (including of course rich nations) got that way by talking it away from others, so that taking it away again is only justice.

The consensus among the screamers seems to be that the article is racist, or something like racist. I honestly don't quite get what the screaming is about. They keep using words like "loathesome" and "reprehensible," which aren't very informative.

However, I can see how BHO can drive people to concoct some tenuous theories about him. As others have pointed out, the man is a cypher. There are a number of things about him that just do not compute, at least if I am doing the computing.

Here is a guy who has written two books about himself but, on the other hand, will not allow all sorts of primary documents about himself to be revealed. The "long form" birth certificate -- the one that brings out the crazies -- is just one example, and not in my opinion the most interesting one. His grades at Occidental, Columbia, or Harvard Law have never been released either. Neither have his SAT, LSAT, and other test scores. We don't know what unsigned articles and notes he wrote when he was on the Law Review. There is no record of any scholarly publications from his time as a U. of Chicago adjunct lecturer, though admittedly this must be because no such publications exist. He was unique among presidential candidates in that he never did release his medical records. With the cooperation of Princeton University, his wife's senior thesis was kept out of public view until he was safely elected president, while his own on the other hand has not been released to this day. We know what it was about (the Soviet Union, as I recall) but that's about all we know.

For reasons known only to himself and his closest advisers, he has always refused to give the American people the sort of information that you and I have released over and over again, when we applied to college, applied to law school, applied for a job, or changed doctors, etc., etc.

Obama is a mystery, and the fact that he is partly a mystery of his own making only compounds, squares, cubes the mystery. 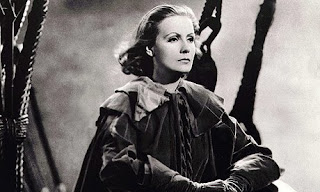 They say in the famous last shot of Queen Christina, the director told Garbo to clear her mind of all thoughts. As the camera moves in for a tight close-up, the audience reads its own confused feelings into that blank, receptive face. Maybe BHO is like that: people's reactions often tell you more about themselves than about him. As to what he really is, maybe it's like what Gertrude Stein said about Oakland California: "There's no there there."
________________________________
As to D'Souza's thesis: for a sensible, non-screamy refutation, see this.
Posted by Lester Hunt at 8:50 PM

I have encountered some particularly conspiracy-theory-minded, who has suggested he has done this to marginalize those who will raise red flags about him based on this, that this is his way of neutering the opposition, by discrediting them as paranoid loonies. If that's true, it's a masterstroke, which I'm sure an advisor, rather than he himself, thought of, as he doesn't seem that diabolically clever.

I am partial to this idea, at least as an explanation for why he has never released his original birth certificate. If he had, there never would have been a loony, time-wasting birther movement, which probably benefits him and hurts his critics.

As to his grades and test scores, my best guess is that his motive for never releasing them is simply to avoid embarrassment. Like I say, though, this is only a guess, which is obviously the way he wants it.

I was struck by the vicious personal attacks on the author of that Forbes article - they rarely addressed the points he was making. His take on Obama is consistent with returning the bulldog statue given by Winston Churchill - it seemed petty and odd to me prior to this account. Well, it still seems petty, but less odd. At some point the effects of Obama's policies as an elected official begin to eclipse the chatter about his personal mysteries and will hopefully begin to unravel the (in my opinion) bogus mystique he's been cruising around in.

Returning Great Britain's gift of the Churchill bust is one of the things he did that I just did not understand. You're right, though, that D'Souza has an explanation for that. On the other hand, I thought the Dalmia critique of Dinesh's Obama theory that I linked to was pretty effective.

>For reasons known only to himself and his closest advisers, he has always refused to give the American people the sort of information ...

Oh no- we know the reason-

The reason is, if he divulges this information, we will find what a zero, what a fraud this guy is-

I can't believe so many people fell for it