When Can You Say "That's Racist!" 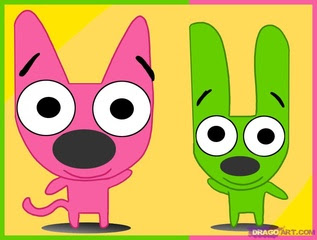 On the occasion of the NAACP formally condemning "racist leaders" of "the Tea Party" yesterday, I thought I should re-run post I ran last year on the logic of charges of racism.

Related: in June the Los Angeles chapter of this same organization got Hallmark to pull a "racist" graduation greeting card. The astronomy-themed card featured two cartoon characters (Hoops and Yo-Yo, pictured here) chattering about the cosmic scale of the achievements made possible by a high school diploma [insert joke about public education here]. The offending lines:

This graduate's going to run the world, run the universe and run everything after that... whatever that is. And you black holes, you're so ominous. HA HA HA OHHH. Congratulations. YEA!!! Nothin' like taking over the world. And you planets, watch your back!”

The reference to "black holes," it was said, is obvious code for "black hoes" (ie., whores) and viciously stigmatizes black women. NAACP public pronouncements also seemed to suggest at one point that "watch your back" is a veiled threat of racist thuggery.

[BTW, I strongly recommend you view the video to which I just linked. It's a hoot. As good as an Onion video.]

Hallmark not only pulled the card, but apologized and promised to "learn" from this experience. (Learn what, I wonder? That people can be idiots?)

Under what circumstances do charges of racism actually make sense? Here is my original answer to this question:

The air is thick with charges of racism. Yesterday, Jimmy Carter said that " an overwhelming portion" of the hostility to Obama that you see nowadays is due to racism. Columnist Maureen Dowd is sure that Rep. Joe Wilson's rude outburst, now the subject of a House vote of disapproval, was racist. 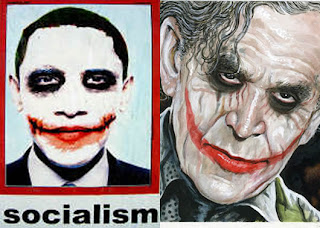