Of Social Security and Pyramid Scams 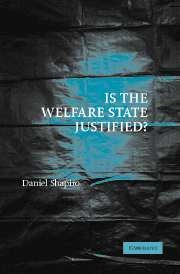 My old friend Dan Shapiro sent me an email about a recent post of mine, in which I denied that Social Security is a Ponzi scheme. Dan actually wrote a distinguished book that is partly about Social Security, so he is not be trifled with on these issues. He had this to say:

Sorry, but this "everyone knows" is flatly false. I have discussed this issue in class with my students for many years and many of them don't know this. They think that the money is being saved for them. The "Trust Fund" rhetoric tends to make them think this. Furthermore, there is a lot of evidence for most of the history of SSA (or SS, as I abbreviate it in my book Is the Welfare State Justified?) the government deliberately did its best to obfuscate the truth and sold SS as akin to a private investment scheme, whereby your taxes are saved for your benefit.

Perhaps the most thorough account of the deception involved in SS and how it succeeded in confusing and bamboozling much of the American public can be found in in John Attarian, Social Security and False Consciousness. Also, look at my website isthewelfarestatejustified.com , which has some juicy quotes in this regard.

I suppose that every statement about what "everyone knows" is bound to be false unless it is utterly trivial (eg., "everyone knows the Pope is Catholic"). What I should have said was "it is public knowledge, available to everyone," or something like that.

Of course, widespread misconceptions about this become extremely problematic, both politically and ethically, if, as Dan suggests, the government has deliberately misled people about this. As to whether it has done so, I can only take his and Attarian's word for it. I agree that further that this deception on a point like this is extremely irresponsible at best, since it would tend to contaminate public discussion of these issues in a number of ways.

One aspect of this contamination, I must also admit, is that it makes SS more like a Ponzi scheme. The Ponzi artist's lies serve to conceal from his victims the fact that the scheme is doomed to collapse when he eventually fails to get enough new victims to pay his old ones and so bamboozle them out of trying to withdraw their non-existent assets, in which case many contributors will lose what they paid into the system.

Broadly similar things are true of Social Security. The system will have financial problems if it should ever have a deficient number of paying contributors. This could occur if there is a sudden surge in the number of retirees (eg., boomers like me) or a rise in the jobless level. (And -- guess what? -- both of these are about to happen soon.) If voters have been fooled into thinking that SS is not a pay-as-you-go system, they will be ill-prepared for such a crisis. One of the many possible scenarios -- though a remote one -- is that of the system collapsing and many contributors losing what they have contributed.

For this reason, the claim that SS is a Ponzi operation can be an illuminating metaphor. I don't deny that.

But I do say that the claim that this is literally what it is is untrue and has the effect of a cheap shot. It is also a distraction, since it will be too obvious that there are big differences as well as similarities. One is that Ponzi and Madoff are doomed to run out of fresh victims because they are using fraud and not coercion. As private-sector criminals, they can't force anyone to pay into the system. The SSA does not labor under such a constraint. Their system rests on a reassuring thought: Don't worry, we can always steal more.
Social Security is to a real Ponzi scheme as coercion is to deceit.
Posted by Lester Hunt at 2:16 PM

The only question that needs to be asked about Social Security is:

Why can't I OPT out of it and invest on my own (and become a millionaire...) instead of being under the government's control (and living my "golden years" as a government dependant)?

If Social Security is so "great", people would be clamoring to INVEST their money in Social Security. As for the insurance argument, I pay 6.2% of my salary ($3,840 annually/$320 per month) and my employer "matches" this for a total of $7,681 annually/$640 per month!!! VERY EXPENSIVE INSURANCE AND A LOSS OF INVESTMENT CAPITAL that would have been invested in businesses, instead of government. Less Philosophy; more Economics 101.

I would only add that philosophy leads -- or should lead -- to the same conclusion.