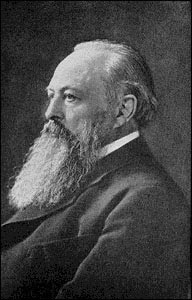 Karen DeKoster over at Lew Rockwell had an interesting moment while listening to NPR. Speaking to someone about the Illinois Governor's scandal an NPR interviewer asked, "So is there something about politics in particular that brings forth this sort of behavior and corruption and gives rise to these types of events?" Amazingly, the guest, unnamed in this account, said "no."

Much of the commentary on this incident has consisted of tortured attempts to deny the bloody obvious. Thus the repeated claims that Blago must be insane. Nothing else, it is said, could possibly explain his behavior. People have repeatedly asked, why would a governor who knows the Feds are investigating him, try to extort a million dollars out of the appointment of a senator on the phone. My answer: Part I: For the money, stupid! Part II: Because he had done things like this all his life and, never having suffered any bad consequences, felt bullet-proof.

Both these factors, access to staggering quantities of other people's money, and insulation from real consequences, are absolutely inseparable from political power. Blagojevich is not a madman but, quite simply, a government official.

Government is the only institution that is routinely judged by its stated purposes and not by what it actually does.

This deep habit of mind conceals the truth from us. What is that truth? It was Lord Acton who said it best, in a letter to Bishop Creighton: "Power tends to corrupt, and absolute power corrupts absolutely. Great men are almost always bad men."

Given that we do seem determined to give others political power over us, we must face these questions: To how much money should they have access? How much should we insulate them from the consequences of what they do (that is, how many of these consequences are to be absorbed by their victims)? And finally, the root question underlying these: How much power over us should they have?
Posted by Lester Hunt at 9:08 AM

Sometimes when i watch the talking heads on television(for entertainment purposes only; Postman's "Amusing Ourselves to Death" is a great book) i find my self wondering if it is really possible that their disdain is not just feigned. I mean i understand the ratings are important to them, but really, is there not any journalistic integrity anymore? Was there ever? Or is it possible they really believe what they are saying? And now have you seen that Rendell is trying to convince Chris Matthews he should run for the senate in Penn.? Matthews, the same guy that thinks we should just let henry paulson dole out all the bailout money because it is too complicated for him (and therefore anyone else) to understand! Its insanity i tell you.

Hi Lester,
I have difficulty with the Lord Acton line, in that it seems to encourage an unsound belief that the weaker party in any conflict is likely to be more virtuous. I've waffled at greater length on the topic here.

I was amazed when Matthews announced that he would henceforth devote his "journalistic" efforts to helping the new president to be "successful." At least he was being honest about it.

As you seem to suggest in your post, Acton doesn't mean to refer to power in general -- what tends to corrupt is not the power of ideas, the power to create wealth, or prowess in battle. It's settled, established political power. The key here, I think, is that last sentence, the one people don't quote: "Great men are almost always bad men." In those days, "great men" was often used to refer to political rulers.

So Chris Matthews a pundit whose claim to fame is "I love politics" should be a viable candidate for senate like Al Franken, another pundit comedian who did zilch except run a charity benefit. Let's face facts, the country is turning into a sh*thole.