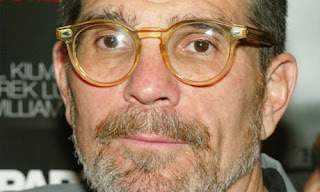 David Mamet has an essay in the Village Voice, "Why I am No Longer 'a Brain Dead Liberal'." The blogosphere is abuzz about Mamet's "turn to the right."

I've seen many "turns to the right" in my day, and some are turns for the better while others are for the worse. Some (eg., Irving Kristol and the neocons) are simply turns from one sort of coercive authoritarianism to another.

To me, Mamet's "turn" seems fundamentally goodhearted and wise. I would describe it as libertarian rather than conservative.

(Uh-oh. I noticed I just said he's so good-hearted and wise ... he's becoming more like me. Oh, well, let it stand. Let him who is without self-serving bias cast the first aspersion!)

My favorite passage from his essay:

But if the government is not to intervene, how will we, mere human beings, work it all out?

I wondered and read, and it occurred to me that I knew the answer, and here it is: We just seem to. How do I know? From experience. I referred to my own—take away the director from the staged play and what do you get? Usually a diminution of strife, a shorter rehearsal period, and a better production.

The director, generally, does not cause strife, but his or her presence impels the actors to direct (and manufacture) claims designed to appeal to Authority—that is, to set aside the original goal (staging a play for the audience) and indulge in politics, the purpose of which may be to gain status and influence outside the ostensible goal of the endeavor.

So he is putting his trust in the ability of individual humans to solve their problems, without the dubious guidance of morally superior masterminds. Good for him!
Posted by Lester Hunt at 10:19 AM

As they used to say in the 70's, "A liberal is a conservative who hasn't been mugged yet."

Well, it's not much surprise that a brain-dead liberal would so convert; the rest of us will probably stick to our (properly registered, single-action) guns...

I think it'd be more accurate to say that people become less idealistic as they age. Whether Iron Guard, Green Peace, tie-dye, or Brown Shirt, a movement, which takes with it the greater part of or a sizable chunk of culture, attracts weak minds who barnacle themselves onto it as a means of producing movement in their lives, eliminating existential inertia.

Anon, In a way, your explanation could be very close to mine. The opposite of a constraint is a goal. When a goal has enough of a moral tinge to it (equality, brotherhood, racial harmony, etc.) it's called an ideal. One reason to ignore constraints is commitment to one of these "ideals." Conversely, one reason to accept more constraints is one has given up some of one's commitments to these ideals. But I also think there is a sort of idealism that is consistent with an extremely constrained view. Maybe I should post about this!