"Academic Freedom: Who Needs It?" Event on Campus 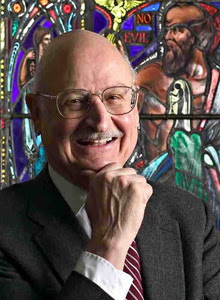 The Wisconsin Association of Scholars is bringing a speaker to campus on Thursday. That's February 28, 7:00-9:00 pm, Red Gym -- On Wisconsin C, here at the University of Wisconsin - Madison. The event is free and open to the public.

Professor Richard T. De George is speaking on a subject dear to my heart: academic freedom. When we recently asked him what position he will take in his talk, he had this to say:

This is essentially a utilitarian defense of academic freedom. You might think that, because I am no utilitarian, I won't agree with this. But actually I think that this is far from being an unreasonable position. Different rights have different bases, and not all rights are natural rights. You have a right to free speech (according to me and John Locke) just because you are a human being. Academic freedom is not like this.

Academic freedom is a constitutive part of a certain sort of job. It makes my job very different from other jobs. Firefighters, priests, and marketing directors do not have a right to come to work and say what they jolly well please, but (again roughly speaking) I do. As such, academic freedom sounds more like a privilege than a right. Where do I get off claiming to have such a thing? The answer must have to do with the nature of the job and its function in society.

(You can find Professor De George's book on academic freedom here.)
Posted by Lester Hunt at 11:25 AM