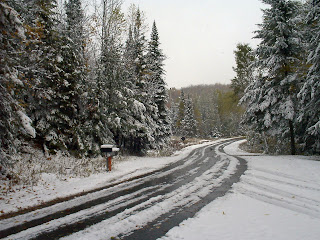 British astronomer and distinguished science journalist David Whitehouse raises the above question in a recent article in The New Statesman. "'The fact is," he says, "that the global temperature of 2007 is statistically the same as 2006 and every year since 2001."

Demonstrable, global climate change has been flat for seven years now. The closest thing I have found that turns this into a vivid image is a graph on this environmental alarmist website. Scroll slightly down from the top. Note that this graph has no bars for 2006 or 2007. So just imagine continuing the flat area at the right end of the graph for two more bars and you get the picture. Flat.

But that's not the bad news for those who are married to human-produced carbon dioxide as the cause of climate change, forsaking all others. As Whitehouse points out, carbon dioxide levels have risen relentlessly throughout the flat period. As I am sure you know, causes and effects aren't supposed to vary independently of each other. Why climate change has flattened we really don't know. But it doesn't seem like the carbon theory, plausible as it is on its own, can do the explaining by itself.

Whitehouse looks like an interesting person. You can find his charmingly low-tech web site here. He once wrote an article on UFOs called These Close Encounters of the Absurd Kind, in which he said: "I will feel more confident that aliens have landed when I see David Frost interview one." Penn and Teller should use him as a source!
_______________________________
Added later: Whitehouse is of course a journalist. Here is an older article with a similar point of view by Bob Carter, a scientist, a geologist who works in paleoclimatology. Note that his statement, "the last eight years [have] proved to be a period of stasis," can now be amended: the last nine years. Here is a video of a recent talk by Carter -- a very effective one!
Posted by Lester Hunt at 10:07 AM

Thanks for the philosophically sharp analysis here.

If CO2 is increasing and temperature is not going up proportionately each year, then, indeed, carbon theory looks quite doubtful. Climate science, as I understand it, is quite simple: the only variable is CO2. Therefore, if CO2 rises and the temperature does not follow in lockstep, then the whole clunky theory falls apart.

This is what those of us in the fossil fuel industry have been arguing for years. It's good to have some allies in the universities!

Exactly right! For those interested in some hard-headed empiricism concenring anthropomorphic global warming issues, there is a physics blog, The Reference Frame, maintained by a string theorist, Lubos Motl. The archives contain some extremely detailed and harsh examinations of claims made by assorted advocates of AGW, including analyses of the models put forth by the IPCC, Jim Hansen, and others. It seems pretty clear to me that there is far more politics than science in this position. Of course they, the AGWers, never discuss the real economic costs, either, of proceeding with Kyoto and other measures.

Ann, Thanks for reminding me of the Lubos Motl website. A really terrific one that I didn't know about until just the other day is Denis Dutton's Climate Debate Daily. It's just links but it seems to be very complete, and it has a lot of material on both sides of the issue. (Actually, there are a lot more than two sides, but for simplicity Denis categorizes articles as "for" and "against".) I think the URL is http://climatedebatedaily.com

Thanks, Lester. Yes, it's more complicated that two positions, but how complicated can a website be? I think the characterizations at the tops of the columns don't do a bad job. It's turned out to be quite an interesting project.

Denis, thanks for dropping by! Actually, I find the two column device very helpful in handling this large amount of material.

I realize this is a little late in the game, but I thought of this post and others where you claim warming has stopped.