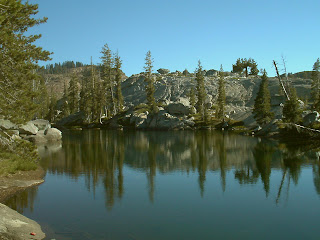 I just found out about this, and I have to tell you I find it fascinating. There is a list of "human universals," written by a certain David E. Brown. It achieved some fame when Stephen Pinker published it as an appendix to The Blank Slate (which I haven't read). I think it's worthwhile spending a pleasant hour reading and thinking about it. The thing that hit me, and hard, as I read through it was how many of these things are denied by many members of the chattering classes. For some reason this really bothers me. If something if found in every known culture, I find it hard to say that it is really a terrible idea. Of course there are plenty of philosophers and other intellectuals who have no such hesitations. What is the matter with them, anyway? Or is it something that is the matter with me?

From time to time I will blog on items from Brown's list, as fancy and the whims of the time-budgeting gods move me.

In alphabetical order, the first item that jumps out at me, as something that some intellectuals love to hate is:

Every culture whatsoever, Brown is saying, has some form or other of such a belief.

Actually, this is a little embarrassing. This is a point on which I have to admit that I myself seem to be rather alienated from the rest of the human race. I disbelieve in everything that could possibly be called "supernatural." Nature is reality, and reality is nature. That's all there is. (Did I really just say "all"? Isn't that a helluva lot? Isn't the greatest show in the universe -- the universe?)

But what about religion? When my Mexican friend Ramiro asked me last time I visited what my religion is, I said La natura es mi Diós. Actually, I said this mainly because it would be less shocking to him than Soy ateo (like Camille Paglia, I am a non-religiophobic atheist) but I am not so sure it is totally inaccurate.

Note that the gods of the Greeks, and of the Germanic and Celtic peoples, were really natural forces. Among the religions of the world, it is mainly the three monotheistic ones that insist on the sharp contrast between their divinity and the entire system of nature.

Rather like Ishmael, who feels drawn to "the watery part of the world," I am powerfully drawn to the wild places of the earth, in particular to one wild place, which I return to whenever I can (see the picture above -- also the two small pictures at the top of the left sidebar were taken there as well). It is a nameless mountain tarn, near the crest of the northern Sierra Nevada. Ishmael suggests that his returns to the sea are merely a desperate cure for his own "hypos" (ie., depression), akin to Cato throwing himself on his sword. However, as in the case of the thousands of Manahattoes he describes as standing like silent sentinels "fixed in ocean reveries," there is surely more to it than that, and I suspect that the "more" partakes of the experience of the sacred or the holy. Each season that I make it back to my wild mountain tarn, I spend my first hours sitting and staring into the emerald water, like Melville's sentinels. What is it that I see there? Even I don't know. I think the most honest description of my own experience of these tameless places is that I experience them as sacred. I can't explain it, but undeniably there it is. Is this "religion"? Do I have religion after all, if not belief in the supernatural? Not sure.
Posted by Lester Hunt at 9:01 PM

I share your experience of wild places as in some since sacred. I also share your perplexity about what it actually means to say so. Why is it that when we step into certain natural settings we are enlivened with a feeling of exhilarated reverence, a kind of loving attentiveness that can never seem to find its intelligible end. What is that odd sense of something indefinably more than the lake itself, the moving clouds reflecting within it, the fragrance of the trees bordering it, the slight breath of air rippling its surface, the subtle background stir and vibration of birds and insects that seem to give it voice? No one, as far as I know, has ever put their finger on it. The attention wanders form one thing to another, it focuses in, it focuses out, it expands, it contracts, until finally, in a kind of happy exasperation, it sighs and goes in search of fire wood? "A sense sublime of something far more deeply interfused"? I doubt that you would say so, since the "interfused" suggests, paradoxically, something supersensible communicated through the senses. Any more specific suggestions?

Thanks for your eloquent comment. It reminds me of a relevant point, which I will try to add to the main post when I get a chance, later.