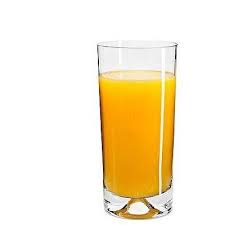 There is a certain habit of reasoning about morality that is completely erroneous, though it is very common and does a lot of mischief. And yet, strangely enough, I have never seen it identified and dissected.

If B means “and,therefore, I am less to blame” then is is the error at I am talking about. The idea is that moral responsibility obeys a law of conservation, like a fluid. If I have a glass of orange juice, and you take half, there is only half left for me. There can't be more juice just because you took a share. As the juice is distributed, the different shares must always sum to 100% of the original store.

Moral responsibility is not like this. Suppose that I hire you to murder Joe Blow, my worst enemy, and we succeed. Joe is killed. We can both be fully responsible. How is this possible? How can responibility for this one event sum to 200%? Well, you could say that responibility is not a fluid, like orange juice. Or you could say, more pretentiously, that it does not occupy physical space, like the glass of juice. It exists in moral space. Morality is not a branch of fluid dynamics. But there is actually a more straighforward explanation. Responsibility does not attach to events, like Joe's being killed, but to people, like you and me. That I am fully responsible simply means that 1) it was wrong, 2) it was my doing, and 3) there are no exuses or justifications that would diminish my liability to blame or punishment. In a criminal conspiracy, where there is one event, such as the killing of Joe, that is the doing of more than one person, each can be fully responsible for the same event simply because they all meet all three of these conditions.

The orange juice picture of responibility is not, strictly speaking, a logical fallacy. It is simply the application of a false theory. If the fluid dynamics theory were true, it would be perfectly okay. But it isn't, so it's not.

We sometimes see this theory at work on both sides of a dispute. A woman is sexually assaulted and someone says, “Well, you shouln't have been in such a place dressed like that.” If this means, “The blame is partly yours, therefore that share of the blame can be deducted from from the other side,” then this is the error I am talking about. It is the reasoning of the car theif who says “it was your fault for leaving the keys in the igmition. The victim's prudential error, even supposing it is real, is not directly relevant to the blameworthiness of her attacker for his crime. To suppose otherwise is the mistake that people often describe as “blaming the victim.”

On the other hand, I think the concept of “blaming the victim” can itself me a result of the fluid dynamics idea. In particular, it is sometimes angrily invoked to block any faulting of the victim, any suggestion that she could have taken steps to avoid being a victim of crime – because any faulting of the victim, even for purely prudential errors, detracts from the evil of the predators who victimize them. This is obviously the same fundamental error as in the first case. It is a particularly virulent form it, because it tends to block discussions of how to make things better. We should be able to discuss steps that women can take – ranging from common-sense precautions to arming oneself with a gun and learning to use it safely and effectively – without being accused of being part of the problem.
Posted by Lester Hunt at 7:29 PM