Generosity: Why Is It Much More Important to Some Philosophers that to Others? 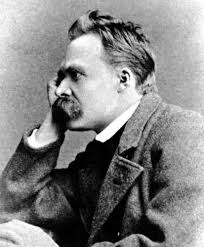 This is an article I wrote for the International Encyclopedia of Ethics. I think its interest goes beyond the purely academic, so I'm putting a copy here.

With few exceptions, the moral philosophers of the last several centuries have written little about generosity. Those of the ancient, medieval, and Renaissance periods, however, often treated it as an important subject. Though Plato ignores it, Aristotle devotes a substantial chapter to it, as does Aquina. Indeed, in Book IV of the Nicomachean Ethics (1119b–1122a) Aristotle recognizes two different virtues that could be regarded as subspecies of generosity: eleutheria (“freedom”) and megaloprepeia (“magnanimity”). Descartes calls generosity “the key of all the virtues, and a general remedy for all the disorders of the passions” in his treatise The Passions of the Soul (Art. 161). Spinoza discusses it at some length in Part IV of his Ethics and treats it as intimately connected with freedom (Propositions 37 and 50–73). After that, philosophers seem to have lost interest in the idea of generosity, until Nietzsche, a philosophical atavist on so many matters, sings the praises of something he calls a “gift-giving virtue” in Thus Spoke Zarathustra (Part I, Ch. 22). Most likely, Nietzsche’s gift-giving virtue and Spinoza’s generositas are best understood as a super-virtue, a sort of generosity of spirit, of which the trait that we ordinarily call generosity is a natural consequence.

One of the reasons for the decline of interest in generosity is fairly obvious. In premodern Western ethics it was typically assumed that the sort of value ethics is concerned with is something that inheres in the individual person, namely virtue. Virtue was typically supposed to consist of particular traits, such as courage, temperance, or generosity. The typically modern ethical theories – utilitarianism and Kantian deontology – are, essentially, rules for selecting right actions. Determining what is the right thing to do is quite a different matter from seeking to understand what sort of person is a good person. Recent decades have seen a great resurgence of interest in “virtue ethics,” but this has typically been treated as an alternative way of doing what Kantianism and utilitarianism do and has not led to a comparable resurgence of interest in analyzing particular traits, such as generosity.

Another possible reason why generosity was much more highly regarded before modernity set in is political. Moral codes and ethical ideals that place a high value on generosity seem to be most comfortably at home in aristocratic societies. The very adjective generosus, like Aristotle’s eleutherios (whence the derivative noun eleutheriotes, “freedom”), meant “noble”; and the kind of “nobility” originally meant here was one of birth or “generation” (generosus, generare, and genus are words from the same family) – hence it was political in nature. Part of the reason for the aristocrats’ high valuation of generosity must have been their disdain for productive activities. Giving wealth away was thought to be more appropriate for an aristocrat than productively investing it in agricultural land or capital goods. Further, the fact that one has wealth to give away rather than consume is proof of one’s lofty status.

Generosity differs in potentially important ways from other virtues that necessarily involve conferring benefits or detriments upon others (what is sometimes called the “other-regarding virtues”), and some of the differences might shed light on the question of which cultural and ethical systems tend to make generosity an important virtue and which tend to make it less so. Take for instance justice and charity. Justice is sharply different from generosity. Acts that are just – for instance being fair to an opponent, keeping a promise, or giving students the grades they deserve – tend to be required by considerations of justice. On the other hand, one thing that seems to be a necessary condition of generosity is that the act is not required. One gives, not from duty, but from the goodness of one’s heart. Of course, the promptings of the heart are also what typically lies behind charitable contributions. Typically, if the benefit conferred was charitable, it was not given because the giver already owed it to the recipient. To this extent, it resembles generosity. There is, however, a large difference between generosity and charity. “Charity,” at least as the word is used in modern English, refers to attempts to remedy deficiencies, such as poverty and disease. Generosity, on the other hand, is an attempt to confer a positive benefit. Generosity typically takes the form of giving, not alms, but gifts. Charity is a response to evils, while generosity is a response to opportunities to do good.

The notion that justice is the cardinal other-regarding virtue would make more sense in some worldviews than in others. The sorts of Weltanschauungen more congenial to it would have to be ones that see the most meritorious life as one that conforms to the relevant requirements – for instance one that gives a privileged position to quasi-juridical concepts like “duty” and “obligation,” as well as to other concepts that involve an agent’s being bound to do a particular act, such as “debt” and “owing.” Such a view becomes even more congenial to a lofty valuation of justice if we add a strong element of egalitarianism. Egalitarian ideas enable us to see as either unjust many facts – for instance, the fact that one person has a larger income than another – that might otherwise not seem to be so. An egalitarian worldview might well be held by someone who is quite comfortable with being a citizen in a modern, regulated, and bureaucratized welfare state based on some sort of egalitarian ideology – such as those that are characteristic of contemporary Western Europe and of the English-speaking world. On the other hand, placing a high value on charity is obviously congenial to orthodox Christianity, with its emphasis on human sinfulness and frailty and on the inability of humans ultimately to do well without powerful help (such as divine grace).

By the very same reasoning, though, generosity might be of great interest to someone who rebels against the worldviews of modern welfare-state liberalism and Christianity. This attitude is one of the factors that motivate the work of Hunt and Machan on generosity. The other-regarding traits of character connect us with our fellow human beings and thus color the quality and the very meaning of our lives. A highly valued virtue of charity connects us with others through their suffering and inability to help themselves. This might well seem like the wrong sort of focus for such an important part of one’s life. Generosity connects us with our fellow human beings though opportunities for advancing their positive well-being. Thus generosity, as a cardinal virtue, can be a fundamental functioning component in a view of life in which human beings are regarded as agents who create value and build their lives, and not primarily as frail and sinful beings in need of help from above. Justice, if sufficiently inflated, creates a social world in which the good we do for others is entirely prescribed, in which everything that is not required is prohibited: a sort of highly regulated economy of the soul. A generous act, on the other hand, is not required but chosen freely. To the extent that one treats generosity as an important other-regarding virtue, one’s ethical relations with others become a realm of moral freedom.

White, Richard 2016. “Nietzsche on Generosity and the Gift-Giving Virtue,” British Journal for the History of Philosophy, pp. 348-364.
Posted by Lester Hunt at 12:48 PM

I can envision a scenario in which the distance between generosity and charity narrows. Suppose an agent is motivated by generosity and sincerely wishes to enable another to realize high-Maslow-level goals who is unable to because of dire disadvantages. A generous person of limitless means might not prefer being generous to this person over someone without the dire disadvantages... but a generous person of limited means might prefer being generous to the person with the dire disadvantages because their generosity will get more bang for the buck. (Compare: sending money for a particular use where prices are cheap to sending the same amount where prices are higher.) The goal might not be to eliminate the dire disadvantage itself, but simply to confer the benefit, and the benefit will be greater because of the peculiar features of the circumstances of the person on whom it's conferred.

In GROUNDWORK ON THE METAPHYSICS OF MORALS (1785), he tells us that ethics should be conceived as determination of what constitutes a good character, in particular a good will. To be a good person is to have a good will. The sight of someone who is continuously prosperous, but is “graced with no feature of a pure and good will,” does not delight us. Having a good will “seems to constitute the indispensable condition even of worthiness to be happy” (4:393).

In Kant’s view, a good will is “to be valued incomparably higher than all that could be merely brought about by it in favor of some inclination and indeed, if you will, of the sum of all inclinations” (4:394). If unfavorable circumstances prevent attainment of one’s ends, in spite of one’s greatest efforts, with a good will, then “like a jewel, [the good will] would still shine by itself, as something that has its full worth in itself” (4:394).

In the preceding year, in his article “Idea for a Universal History with a Cosmopolitan Aim,” Kant had written of man: “The invention of his means of nourishment, his clothing, his external safety and defense (for which nature gave him neither the horns of the steer, nor the claws of the lion, nor the teeth of the dog, but merely his hands), all gratification that can make life agreeable, all his insight and prudence AND EVEN THE GENEROSITY OF HIS WILL should be entirely his own work. . . . [Indeed] as if it [nature] had been more concerned about his rational self-esteem than about his well-being.” (8:19, my emphasis)

In THE METAPHYSICS OF MORALS (1797), he seems to have a parallel scheme for benevolence. There he propounds an indirect duty to cultivate compassionate feelings in oneself and a direct duty of active, rational benevolence towards those worthy of happiness (6:457).