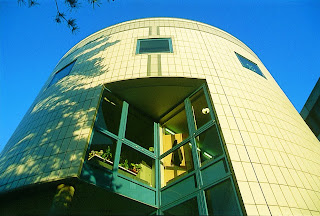 I should add the it is also clear that the academics and scientists that these people know are very different from the ones that I have known.
Posted by Lester Hunt at 12:17 PM

Love this. Spot on.

I think its shameful that, in most scientific fields, raw data are usually not available to anyone but the investigator who acquired them.

There is something to be said for not making scientific data 100% publicly available, as it would be open to mis-interpretation or criticism by people who do not understand how to interpret it (as you correctly identified in your post, most data are biased and require some sort of correction or calibration, or at least require special knowledge about the way it was acquired to facilitate correct interpretation). But it is ridiculous that a qualified research in the same field cannot have access to confirm or deny a particular scientific interpretation. This is especially true if it was a government or publicly funded study.

One positive example of data sharing is the Alzheimer's Disease Neuroimaging Initiative (http://www.adni-info.org/), which allows access to a huge database on Alzheimer's disease and aging to any qualified research who applies. Such a paradigm would alleviate many controversies (and foster great research!) if applied to other disciplines.

Sure, with the current capabilities of "the cloud" raw date can and should be shared - and just to say I warned you, this will open up new debates as information is taken out of context for political and economical reasons as "think tanks" o about [i][b] their [/i][/b] business of representing clients as they are paid to do. There are bad science concerns out there, but even worse may be outright, lawyer-like truth manipulation masquerading as science - will the 99% be able to tell the difference?

Climate data may or may not have repercussions in our lifetime (beyond obvious economic implications). Worse though may be the raw data originating from the borderline poisons sold as pharmaceuticals. We mostly chuckle at the litany of side effects in drug commercials, but are in reality only presented with the proverbial tip of the iceberg. And lives can change direction based upon a bad decision uncorrected based upon the clinician's [i] time management [/i] skills ...

Yes, there will be abuses and misinterpretations and a cornucopia of debate, but why not? After all most of America obsesses with the daily stock index averages which have absolutely no bearing on their lives .... there are [i] better [/i] fish to fry!