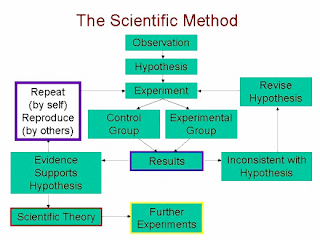 ________________________
* Update: On second thought, I do have a theory about what Cowan's problem is. Econ and climatology have something in common: both have huge political implications and trillions of dollars and enormous amounts of sheer power are at stake. As a result of this, both disciplines have been corrupted. For that reason, there probably are economists who behave in the deplorable way in which these climatologists are behaving. This is not a fact about academics, but about money and power. Number theorists do not behave that way, nor do metaphysicians.
Posted by Lester Hunt at 12:33 PM

Bravo, Lester! I think ClimateGate is a very big deal. We've been asked to sacrifice economic prosperity and trillions of dollars to reduce our 'carbon footprints' because of this questionable climate research. I've been following a lot of research on climate for the past several years from a number of sources; there is a lot of evidence that the shifts we observe in decades-long warming and cooling trends are pretty much of a random walk, and manifestations of other much longer-term benign climate cycles of the planet. Hansen and Mann may well be remembered like Joseph McCarthy soon. They are zealots who have already decided that their ends justify any means, including dishonesty, bullying and other strong-armed tactics to squash any curiousity or dissent about their agenda. It's definitely not what the scientific method is about.

Thanks, Ann. We need a new Thomas Kuhn, to produce a detailed account of what happens when science touches on politically hot topics, and has megaquantities of government money injected into it.

[Note though that Hanson is an economist and a commentator on the passing scene, not one of the zealots. I thought I should point that out, in case he ever visits this site!]

I am referring to James Hansen of NASA, the climatologist. He's not the economist you are referring to, is he? Hey, maybe you should think about writing the new Kuhns-style book - you've got the credentials as a professional philosopher. It does seem like a very important and timely topic.

I now see these are different people. I might as well let my earlier comment stand, in case others make the same Hanson/Hansen mistake I did.

If I had another lifetime, I probably would write such new Kuhn a book. As things stand, I lack the grounding in subjects like statistics and computer modeling that it would take to do this thing right. Four score and ten years just ain't enough!

An excellent summary of climate issues and a very astute analogy at the end of the essay by Richard Lindzen.

Thanks Ann! Yes, that was well worth reading.

John Derbyshire (who is not a scientist but I think a very good science journalist) has a very thoughtful piece here:

Sorry for missing the "please post comments on my blog." But I stand by everything I say in the following:

I clicked through to the "a climategate e-mail" post, which seems to contain your main argument, and found it to be pretty ignorant. I'm not saying culpably ignorant, but ignorant.

Seriously, you show no sign at all of knowing anything about climatology. You appear to be just making assumptions based on your experiences in philosophy. But philosophy and the sciences are very different, and it isn't safe to extrapolate from one to the other.

Read the Wikipedia article on the paper being talked about in those e-mails:

The paper was very publicly (not just "in secret") criticized for drawing conclusions that could not be justified by the data presented, and many editors of the journal resigned because they felt it was a sign that the paper's peer-review process was not working properly.

Many philosophers seem to have resigned themselves to making a career out of unconvincing arguments. In the sciences, however, making claims that are not justified by your data is still a big deal. There are also fairly objective standards of what constitutes a good paper, so it makes sense to worry about the peer-review process of a journal that lets a bad paper through.

I say that climatology cannot be a parallel universe where, unlike the one I live in, science can properly be conducted by means of threats, secret boycotts, and refusal to publish raw data. See my more recent post on this. Contents of any one scientific paper are not relevant to this point.

It seems as though you are seeking to have the issue of global warming dismissed on procedural grounds.