Sorry, but Government is not "Us" 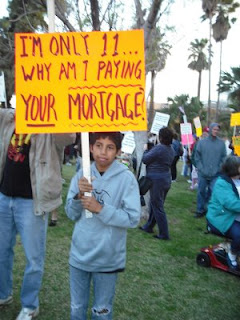 Speaking to a commencement audience over the weekend at a certain college in Ann Arbor Michigan, the President had this to say:

"But what troubles me is when I hear people say that all of government is inherently bad. When our government is spoken of as some menacing, threatening foreign entity, it ignores the fact that in our democracy, government is us."

John Stuart Mill explained 160 years ago that by then the more thoughtful minds of the West had already seen through the notion that democratic governments are identical to the people they rule:

"It was now perceived that such phrases as 'self-government, and 'the power of the people over themselves,' do not express the true state of the case. The 'people' who exercise the power, are not always the same people with those over whom it is exercised, and the 'self-government' spoken of, is not the government of each by himself, but of each by all the rest. The will of the people, moreover, practically means, the will of the most numerous or the most active part of the people; the majority, or those who succeed in making themselves accepted as the majority; the people, consequently, may desire to oppress a part of their number; and precautions are as much needed against this, as against any other abuse of power. The limitation, therefore, of the power of government over individuals, loses none of its importance when the holders of power are regularly accountable to the community, that is, to the strongest party therein."

Beyond that, insofar as this is a democracy, it is a representative democracy at best. As Rousseau pointed out in 1762, a representative government is really an elected aristocracy. It is rule by a privileged elite over a populace that does not monitor it very closely, being too busy working to support it.

Worse yet, as I have pointed out before, even this elite is not really in charge. Most of the work in this state -- including the working out the details of the vast regulatory network -- is done by a staggering number of people who are not elected at all. Even the elected elite cannot really steer the vast Death Star of the modern bureaucratic state. In a very real sense, no one is in charge.

So if there are people out there who feel government is an alien and inimical being, with interests that are at the very best loosely related to their own, they jolly well ought to. This may be the beginning of wisdom.*
______________________________
* By the way, elsewhere in the same speech, BHO said:

But the other strand is the belief that there are some things we can only do together, as one nation — and that our government must keep pace with the times. …This notion hasn’t always been partisan. It was the first Republican President, Abraham Lincoln, who said that the role of government is to do for the people what they cannot do better for themselves.

... so ... our government is distinct from "us," and is actually superior to us in competence and power? I guess it is distinct when it serves his purposes to say so, and identical when the opposite theory is more convenient for his argument. I guess I shouldn't take what any politician says so seriously, but for some reason in his case I find the temptation impossible to resist.
Posted by Lester Hunt at 5:20 PM

"Ought not then the right of each successive generation to be guaranteed against the dissipations and corruptions of those preceding, by a fundamental provision in our Constitution? And if that has not been made, does it exist the less, there being between generation and generation as between nation and nation no other law than that of nature? And is it the less dishonest to do what is wrong because not expressly prohibited by written law? Let us hope our moral principles are not yet in that stage of degeneracy, and that in instituting the system of finance to be hereafter pursued we shall adopt the only safe, the only lawful and honest one, of borrowing on such short terms of reimbursement of interest and principal as will fall within the accomplishment of our own lives." --Thomas Jefferson to John Wayles Eppes, 1813. ME 13:360

"I deny the power of the government to make paper money or anything else as legal tender." -- Thomas Jefferson.

Government cannot exist nor would have any purpose without "us". Although we do not actively participate or contribute to the everyday decisions of government, we still comprise it and contribute to its every decisions indirectly. That does not mean that Americans are liable for what our government does, but we do allow it, in our apathy, to continue whatever it may be doing. We are still culpable in some degree. This assertion means that by solely living in a society, humans can be responsible for it.