Obama's Critique of the New Media 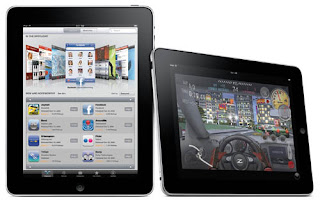 Yesterday Obama gave the commencement address at historic Hampton University (Booker T. Washington, one of my heroes, was an alum).* In it he launched a remarkable criticism of the new electronic media that has been widely reported on the web:

Here is one reporter's version of those comments:

"You're coming of age in a 24/7 media environment that bombards us with all kinds of content and exposes us to all kinds of arguments, some of which don't always rank all that high on the truth meter," Obama said at Hampton University, Virginia.

"With iPods and iPads and Xboxes and PlayStations, -- none of which I know how to work -- information becomes a distraction, a diversion, a form of entertainment, rather than a tool of empowerment, rather than the means of emancipation," Obama said.

He bemoaned the fact that "some of the craziest claims can quickly claim traction," in the clamor of certain blogs and talk radio outlets.

What all these media have in common is that they are interactive: they enable ordinary citizens to talk back and exchange news and views without a lot of, so to speak, adult supervision. Apparently, the idea is that too many of us engage in discussion frivolously, as a form of entertainment. Thus crazy claims gain traction. (I don't claim to be able to read minds but I am pretty sure he is thinking of claims such as those that he was born in Kenya, or that the new medical care plan involves government rationing of health care.) The fact that the internet allows us to say anything we want (even under cover of anonymity or pseudonimity!) might feel emancipating, but this feeling is an illusion if it subjects us to bondage to false ideas.

What is the alternative? Wherein lies true freedom? I guess what Obama is thinking is that it lies with the older, mainly-non-interactive media: network news, the print media, and the even older medium of college lectures. These are modes of communication in which the audience receives information and ideas from a comparatively small group of professionals and experts, who are charged to check content and mold minds along the lines of truth.

This might sound like double-talk to a lot of Americans (if being able to talk back and say anything you want isn't freedom, what the Hell is?!) but it makes perfect sense if you think of it in the "positive liberty" tradition of Rousseau, Hegel, and Marx. In this tradition, true freedom is not absence of government coercion, but presence of the power to act. One thing that greatly enhances such power is having the right ideas, and shedding wrong ones.

If I am convinced that I cannot ride my bicycle to Madison WI (perhaps thinking I am too old and infirm) that prevents me from doing so just as surely as if Congress had passed a law against it. According to the positive liberty tradition, authority is not inimical to freedom at all, if it frees us from our own wrong thoughts. In that case, in Rousseau's memorable phase, I am "forced to be free."
_________________________________________
* However, the only Washington mentioned in the prez's speech is Washington D. C. Booker T., I am pretty sure, would not be one of his heroes. I bet he prefers D. C. to Booker T.
Posted by Lester Hunt at 4:37 PM

Considering the fact that Obama got elected on all forms of huberis and unreal expectations by our uninformed youth; his comments would be hilarious if the situation wasn't so serious. How about another "no income check" loan application Mr Community Organizer!

Obama sounds like an old fuddy-duddy, not the chill, wired politico he presented himself as during his campaign. The digital world of communication has resulted in more of everything -- more blather, more urban myths, more verbal rudeness, more slogan-like pronouncements, but also more hard data on all sorts of topics, broad and esoteric, more expert and original opinions and viewpoints, and faster dissemination of all this. I now get my daily information (science, economic, tech, wine, business, politics, lifestyle) from diverse RSS feeds to newspapers, blogs, magazines, websites, and people I follow on Twitter. There are many, many viewpoints being expressed out there, and it's great to access them - and it's so easy and efficient to do so now, compared to sifting through a book in the library. Politicians with aspirations of vast central control are right to be dismayed - they can't control this, it's out of the bottle.

I couldnta said it better!

This is a guy who wrote two books about himself, but on the other hand has steadfastly refused to let the public see all sorts of records about himself that other politicians release freely (college grades, LSAT score, senior thesis, etc. etc.). The fact that there are media that (unlike network news and the NYT) are far, far out of his control, and constantly criticize him must really tick him off.

These cranky-sounding comments are probably only the tip of the emotional iceberg.

I completely let this topic pass me by. I thought the headlines were about buying, supervising the new tech, as a parent. I, also think of the internet as my personal library. I don't see the government successfully controlling our books. I am sure we will see attempts through taxation, bandwidth control and content interference. Ultimately, Information is a strong-willed child, seeking to read that banned book.