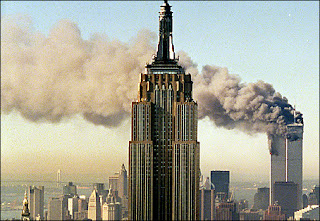 Hitchens would quickly point out, and he would be right, that this does not really undermine his thesis. After all, the very worldliness of the secular is a constraint. If I want to live here with you, that is a tie between us. My selfish desire to live is something you can appeal to when I grow too indifferent or hostile to your interests. In the gravest extremity, when all else has failed, it makes possible the ultima ratio, the last of all reasons, the threat of death. Religious fanatics, with their "self-sacrificing," "altruistic" behavior (which incidentally are a fake self-sacrifice and spurious altruism in people who think that they will be rewarded with eternal bliss) cannot be appealed to in this way.
In view of this, why do we persist in associating religion with peace and public order? I do it myself! To some extent I think it is a sort of illusion of perspective. We in the liberal West have a distorted view of what religion is really like. Our religions have been corrupted by two centuries of contact with peaceful secular humanists. The idea that peace and public order are good things is by no means a product of religion: the three great monotheistic religions resisted it quite violently for many centuries. It arises from the sort of thinking that secularists have been doing all along: naturalistic thinking about life on earth.
Posted by Lester Hunt at 3:00 PM

Newer Post Older Post Home
"E pur si muove!": "Any yet it does move!" It was said to have been muttered by Galileo Galilei after the Roman Inquisition forced him to deny that the Earth moves around the Sun.