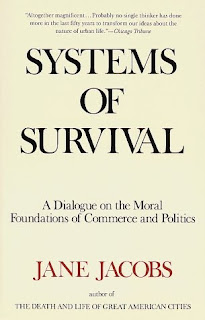 Weiner's lies, while revealing a stunningly impressive gift for deceit, were obviously not directed toward a legitimate guardian task and represented a breach of loyalty. They are evidence of his unfitness for this sort of work.
Posted by Lester Hunt at 3:50 PM

what are the criteria for political success? i cannot imagine a successful politician that would follow the ethical norms that you set out. Perhaps you could give an example?
I would think that people more often judge politicians nearly only in terms of how far they advance a particular political project (normally something grander than just defending the territory) and the methods are almost entirely secondary. this is how history judges them - loyalty to the political project and its goals is what matters, not to wife, family or electorate.
as political projects seem to have gone out of fashion a much more crude standard seems to be simple longevity, holding onto power - tony blair for example - and this longevity is almost entirely down to the skillful practice of multifaceted dishonesty.

It sounds like you are saying that in a democracy all politicians are liars, or they would quickly lose their jobs. So can I think of any politicians who had principles and seemed to have told the truth as they saw it? As far as I know, the following would be examples: Sen. Robert A. Taft, Gov. Adlai Stevenson, Rep. Ron Paul, Sen. Russ Feingold.

Contra Yglesias, being a politician is no excuse for being an amoral jerk.

would your preference to be ruled by a council of the virtuous or those who would advance your political goals? it still seems that there is a trade-off between political success and honesty - even if the political system can support a few (moderately successful) exceptions. I do not think that being a politician is justification for amorality.

That is a very reasonable question. I answered it as best I could in the post just before this one. Please go back to the main page and scroll down a bit.

Thanks for your comments!

That's a great book my Jane Jacobs, Lester. Thanks for the post!

In your post, you are talking about norms that apply to both guardian and commercial work, but which guardians are better situated to violate with impunity ... But maybe that was your point.

I haven't been making the blog rounds as I used to but - here I am!

1. I actually met Ms Jacobson in Toronto about 30 years ago. She was a friend of someone I was "working" with and I had no idea of who she was. Other than a very nice person, that is.

2. As I said I haven't been 'round round these parts in quite some time, but seeing as how you thrown up TWO posts about Weiner's tweets...

Seems I remember your having blogged about a man-on-horse sex act kerfuffle some time back. What I remember taking away from that was - BIG DEAL! If this is what consenting adults want to do, fine! The animal has no rights, and the men wanted the largest sized male organ insterted into them, so, geez, how is this even shocking?

So why all the sturm and dang about this?

BTW, I feel it was wrong up & down the line and that the only way it could've been "less wrong" would be if AW had copped to it immediately and resigned immediately.

As usual, I'm not sure I even have a point. Maybe I should stay away from these here blogs..?

I don't blame you for not reading all the comments in both Weiner posts, but this question has been covered. In the comment section of the last post I said:

"This reminds me of something that John Waters said in criticizing the public destruction of Tiger Woods: 'I couldn't believe that everybody went crazy about Tiger Woods. Well, he didn't run for Pope!' In a sense, politicians, given the enormous power they now have, *are* running for Pope."

Also, for me, what was damning was not the tweets but his behavior after he had accidentally outed himself: a) the awful failure of judgment (and overweening arrogance) involved in pursuing a course of deception that was obviously doomed from the outset, and b) not only the lying but, much worse, the ease and fluency of it, which seemed to indicate that this sort of thing is natural and congenial for him.

I agree, the lying stuff really threw salt in the ol' self-inflicted wound. (What IS it with people these days?)

Mind you, AW wasn't testifying under oath, so it's not EXACTLY relevant, here - but it make make for good book at the beach.

Speaking of "tangled webs," I just ran into this interesting anecdote from Leonard Peikoff's "My 30 years with Ayn Rand":

She started her answer by asking me to invent the most plausible lie I could think of. I don't remember the details any longer, but I know that I did proceed to concoct a pretty good con-man scheme for bilking investors out of large sums of money. Ayn Rand then analyzed the example patiently, for thirty or forty minutes, showing me on my own material how one lie would lead necessarily to another, how I would be forced into contradictory lies, how I would gradually become trapped in my own escalating deceptions, and why, therefore, sooner or later, in one form or another, my con-man scheme would have to backfire and lead to the
loss of the very things I was seeking to gain by it . . .

My immediate reaction to her reply was to amend my initial scheme in order to remove the particular weaknesses she had found in it. So I made up;a second con-man scheme, and again she analyzed it patiently, showing that it would lead to the same disastrous results even though most of the details were now different . . .

The essence of a con-man's lie," [Rand ~explained], "of any such lie, no matter what the details, is the attempt to gain a value by faking certain facts of reality . . .